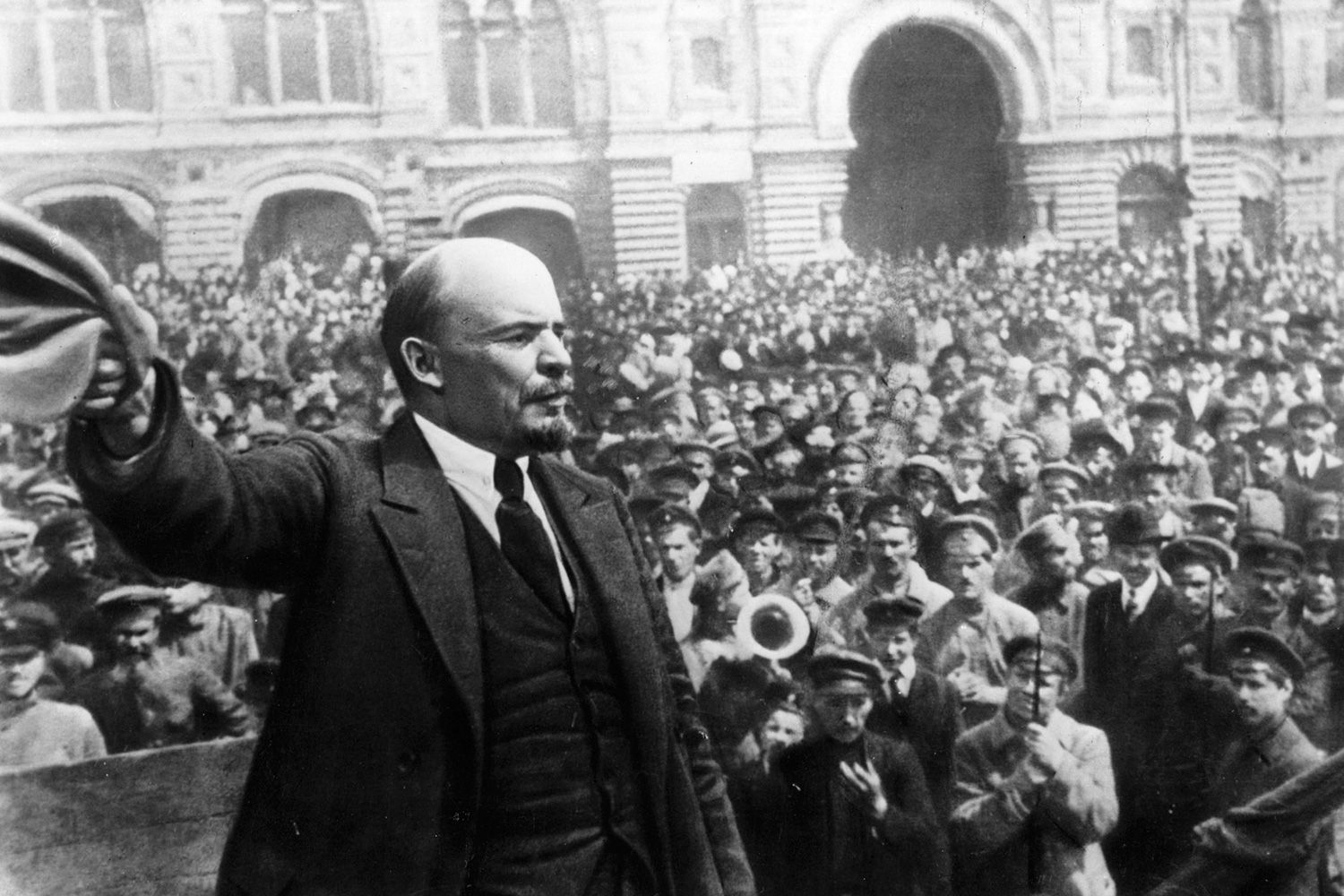 On the eve of the anniversary of the centenary of the Russian Revolution, the history of that revolution and the development of the Soviet Union remain crucial flashpoints in our ideological battle. To understand the significance of this battle, we must not only revisit and retell our history, we must also ask how that history is being remembered and retold by others.

Women demanding bread lead 50,000 people on strike, a proclamation is read from the steps of the GPO, shots are fired in the town of Lexington and the Bastille is stormed. Each of these events would spark a revolution and fundamentally alter the destinies of their state and even the world. In addition, these events have entered the national mythologies of each nation and just as importantly these events are no longer merely facts from history, they have attained the status of historical facts.

What distinguishes a historical fact from any other, argues E.H. Carr in his influential “What is History?” is not the truth or falsity of that fact (although truth is always hoped for) but rather whether that fact becomes part of the narrative of the past a historian creates. Thus, for instance, while any number of people could have read documents aloud in Dublin on the 24th of April 1916, only one such oration has attained the status of a historical fact. Indeed, the popular narrative of history is built on the scaffold of carefully chosen historical facts and the inclusion or exclusion of one event or another informs our perception of the past. Nowhere is this more exemplified than in our popular understanding of history relayed through commodified multimedia.

Let us compare the different dominant narratives on the American and French revolutions. The French revolution is invariably associated with the Terror and violence of the period. It is presented as Domenico Losurdo argues in his “War and Revolution” as the taking hold of a vicious disease of radicalism. It is suggested that mild reforms would have better served the people’s needs and that the bloodshed was both unnecessary and unforgivable. In contrast to this picture of darkness, the nearly contemporaneous event across the Atlantic is almost without exception, portrayed as a righteous moral struggle against an imperial overlord. In this case, not only is the violent action of the revolutionaries not condemned, it is lionised, and the instigators are awarded the highest standing in US history. Now, those who wring their hands over the violent methods of the French revolutionaries are nowhere to be found. There is never a suggestion that the Americans might have better or more justly realised their aims by pleading their case or by following a path of non-violent protest.

Tellingly, the popular narratives surrounding both these revolutions, diminish the importance of, or even outright ignore several major influences on the course of these events. The French, who had just overthrown an absolute monarch, soon found their nation invaded by almost all the major European powers (something which would recur in the Russian experience). It is hardly surprising that such an atmosphere would require strong and unyielding leadership. Moving to America, we see that there was little fear of reprisal and no subsequent invasion after the revolutionary war. This relative safety however, did not prevent reprisals against the loyalist population there, many of whom had their property seized and were forced to flee to Canada (something which would shock our liberal historians when the Whites were forced to do likewise). Furthermore, while the French fought for liberty for all, the Americans fought largely to strengthen their brutal hold over the thousands of men and women they held in slavery. The American victory however, not only meant that slavery would continue on a devastating scale for decades to come, it also sealed the faith of the native population of the continent.

Today, the attack on the history of revolution is no less restrained than it has ever been: We find the Romanov Tsars are being rehabilitated and even canonised by the Orthodox church in the year 2000, warnings about the evils of violence are more pronounced than ever. This attack has also recently become focused on our own history in Ireland. The same techniques and selective emphases are being employed here to discredit the 1916 Rising and its ideals. The establishment has begun constructing the narrative that the events of that fateful year were an unfortunate folly and the entire episode was a wasteful bloodshed. This interpretation is being built through the downplaying of the horrors of imperial rule in Ireland, through equating the victims and perpetrators of tyranny (most recently in the shameful wall in Glasnevin) and by asserting that we would have gained independence in a manner similar to Canada had we just been patient. (Oddly enough, no one ever suggests that the Americans should simply have waited or petitioned the crown for their nation’s freedom).

The stakes of the ideological battle over our past have perhaps never been higher. In order to reassert our history and to defend the revolutionary tradition, we must challenge these attempts to rewrite the past. The task that faces us must be pursued in a comprehensive, consistent and above all disciplined manner. Our task is not to bury ourselves in trivial debates over minor historical details, but rather it is to build the grand sweep of our historical narrative so that we may once again instil the revolutionary ideal in our class. – JM