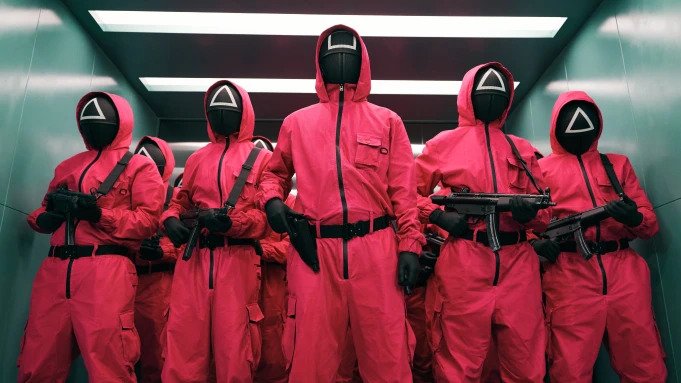 A provocative and deep criticism of South Korean capitalism, Squid Game offers several stark observations on the depredations of the system. Capitalism has forced working-class people like Gi-hun into such dire material conditions that blood-sport is seen as a lesser evil.

“Capitalism has had a transformative effect on our society’s approach to health. To say that health is an unchanging aspect of all cultures or historical epochs is simply not true. For example, there is a lot to be said about how capitalism fosters and promotes physical health. Under capitalism, it is usually done for purely individualistic aesthetic purposes. In the hands of companies, these become powerful ideological forces which grant advertisers a worrying degree of influence over us, as they can essentially control the images we think we should have of ourselves. Health becomes almost domineering and transforms into its opposite, a sickness. Women are still generally promoted as sex objects for consumption and men are also presented by companies in the same narrow manner.”

This “Super League” shows the consequences that out-of-control, deregulated capitalism has on a working-class sport. The news, which had so many football fans up in arms, should be seen in the context of the consequences of capitalism that will commercialise anything in society, even sports.

I began to witness the true extent of human suffering caused by the EUs crushing austerity. Men and women with crippled limbs prostrated out with open palms begging for money. Desperate men selling pens and stationery on the train in a bid to make ends meet in a country without work. Pampered British expats corralled in Syntagma square while people counted coins to buy loaves of bread a couple of streets away.