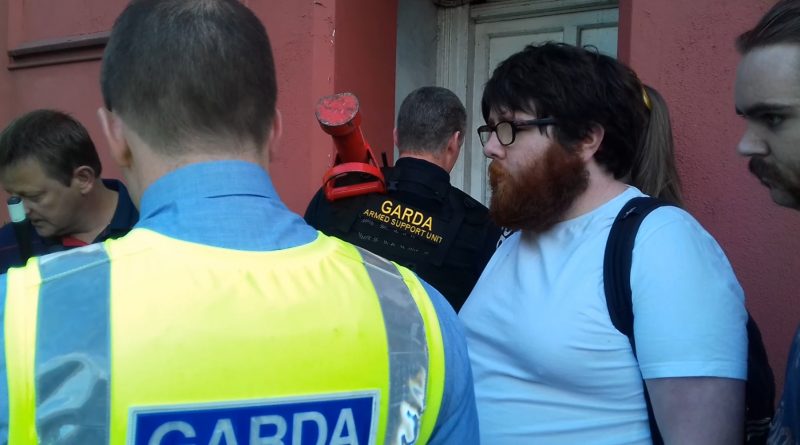 Members of the Connolly Youth Movement had inhabited two buildings, which we dubbed Kent House and Mellows house, the six residents had been living there for over two months. Yesterday, a worker of the maintenance group hired out by the asset management company, O’Dwyer Real Estate Management, appeared on scene demanding that we immediately vacate the premises. We had never met, nor heard, from this person before. He subsequently called the Gardaí who, after 40 minutes, arrived on the scene to begin discussions with us. Back and forth it went and we continued to explain our rights: this is a civil matter between us and the asset management company and we would present our evidence to the judge should they choose to pursue an injunction. 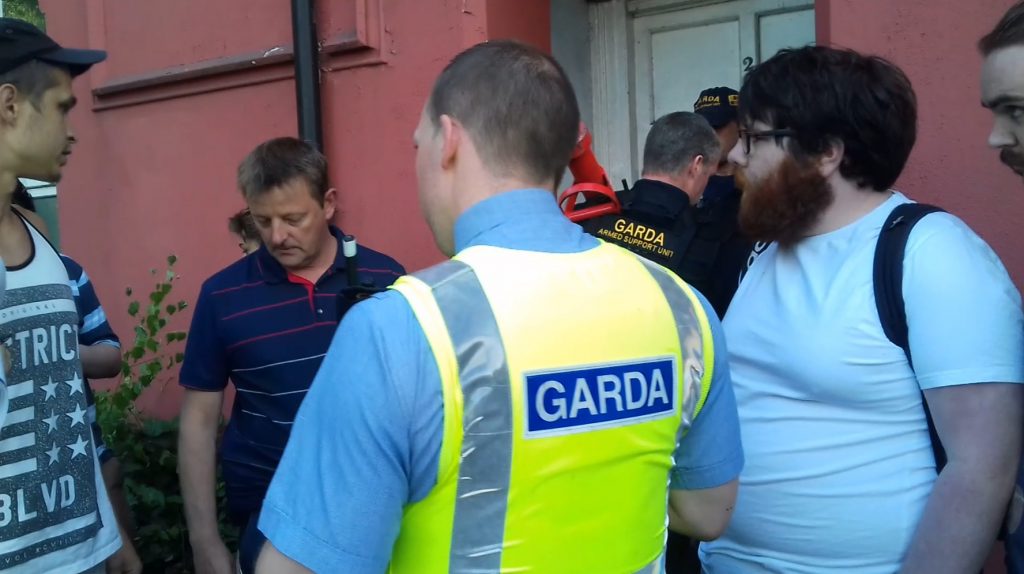 The initial two Gardai stepped aside and began to radio in for reinforcements. Within 5-10 minutes two regular cars arrived, alongside a van and finally the armed response unit. Between 8 and 10 Gardaí including several Gardai with guns and a battering ram were present now and they approached us together. They informed us that unless we can immediately produce some sort of tenancy agreement we would be considered as trespassing, be placed under arrest and the door would be smashed down. They gave us a few moments to deliberate and stepped away. 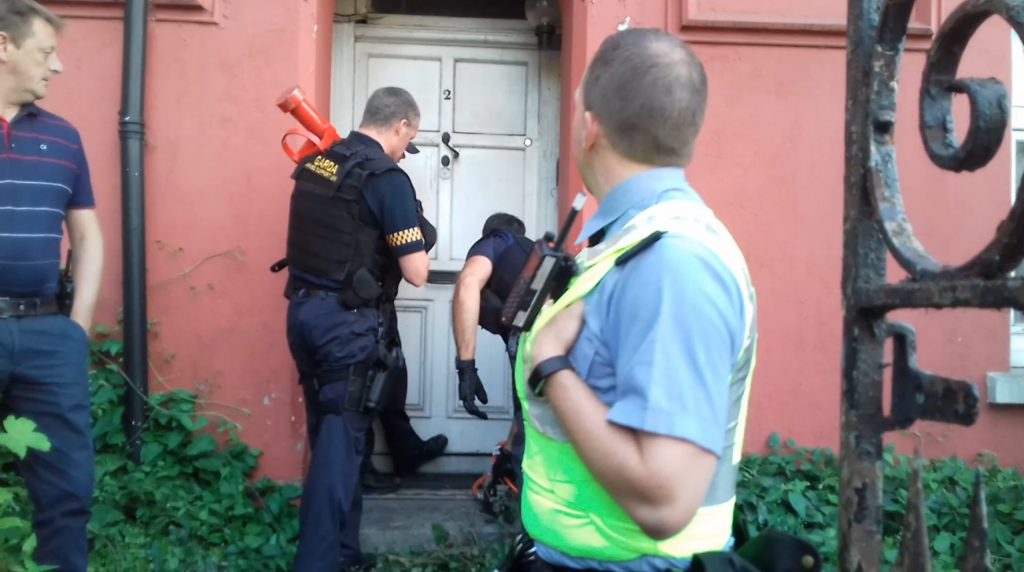 We discussed this among all comrades present – to us this seemed a bluff, it was and is a civil matter and that is the position we unanimously decided on. When they returned and we told them about it, the Garda detective then invoked Section 8 of the Public Order Act and instructed us to leave. Simultaneously members of the Armed Response Unit began assembling the ram to break the door down and ordering us to leave as well. At this moment in time we made a choice to stand back as the consequences of this action would have been the same: we would lose the building but instead of wasting our time being arrested and seeing the door smashed in we chose a tactical retreat and opened the door, collected our belongings and left. 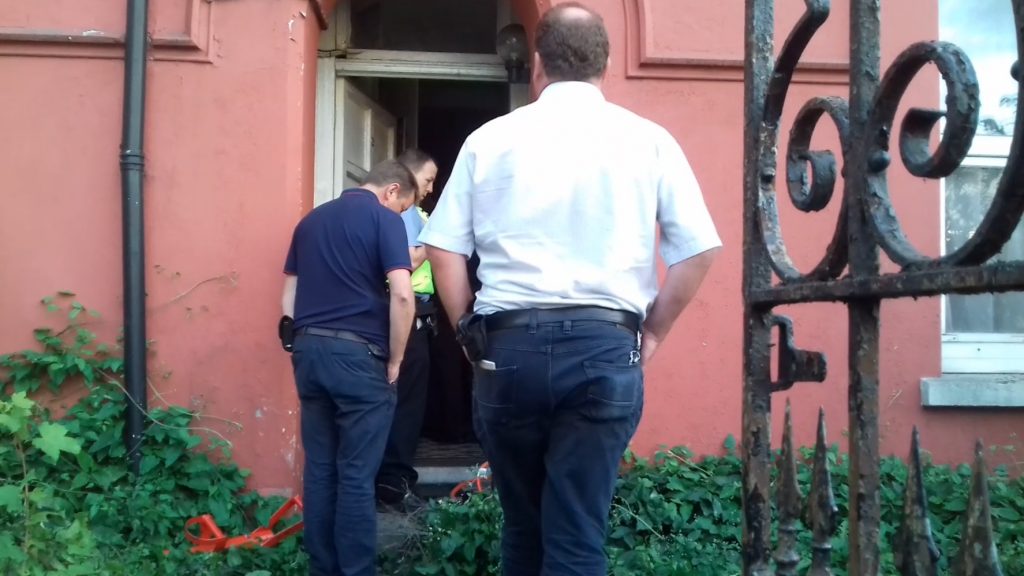 What can we see here? We can see that when a prominent asset management company is threatened all stops are pulled to defend its interests. A civil matter is not so civil when there is a gang of armed Gardaí threatening you with arrest. The law doesn’t matter so much when state authorities are enforcing their decisions through the gun and the battering ram. We can see that the militarization of what was once an unarmed police force is an on-going process, wherein any political dissent or resistance to the wishes of super-rich vulture funds is treated as something warrants the deployment of paramilitary Special Forces. A force which was founded on the basis that it would combat terrorism is now being used to evict civilians from their homes to guarantee high profits for the ownership class. We can see as Connolly poignantly said: ‘Capitalist governments are but committees of the rich to manage the affairs of the rich’ and that the financial interests of the ruling class of Ireland are served and looked after by all arms of the State. 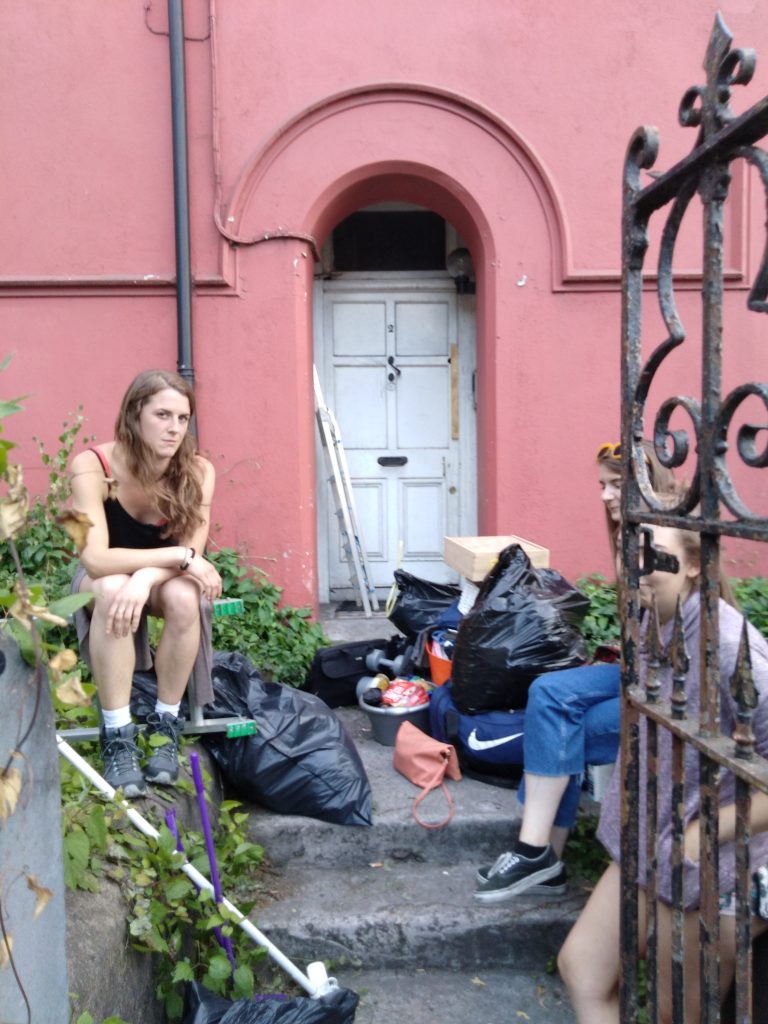 Since the housing crisis reached epidemic proportions, the Connolly Youth Movement has focused on developing a very political, organised and concise programme around the occupation of buildings. We believe that young people in Ireland live in extraordinary times and therefore are given no alternative but to act accordingly. What action must we take if the law oversees an unprecedented transfer of wealth from the many to the few? The only thing we can do in these times is exactly what the powerful smugly demand of us – take our destinies into our own hands and stop waiting for deliverance to come at the hands of others. We must repeal the basic rule of our society that has caused so much destruction of human dignity. We must repeal the right of a landlord to make profit by depriving others of the right to a home for themselves and their families. 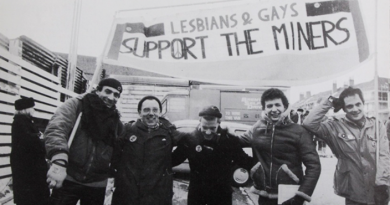 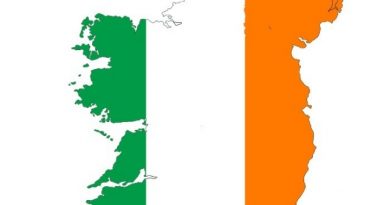