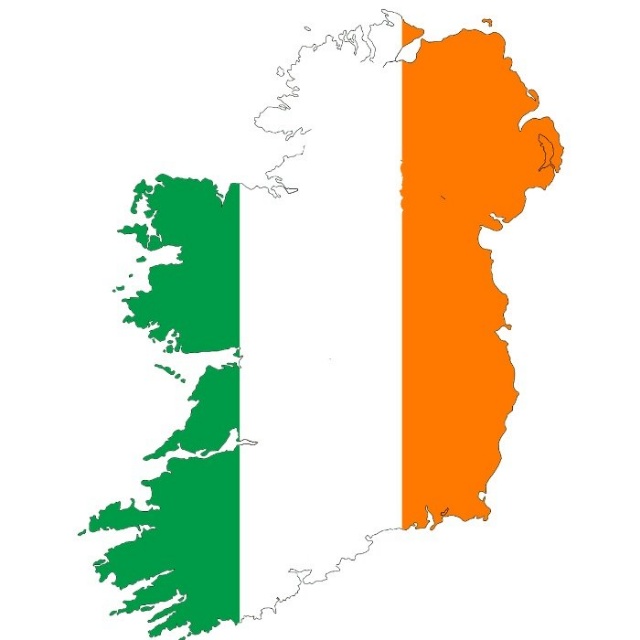 The discussion revolving around the potential unification of Ireland continues to rage North and South of the British border in Ireland. It is also discussed routinely by the new Prime Minister and his cohort of vultures in Westminster.  Various dimensions are being taken into consideration and the discussion appears to be earnest, likely because there is a chance of the border poll becoming reality.  This is an opportune moment for the Communist movement to present arguments not simply regarding a reconfiguration of the border, but the re-organisation of all of Irish society.

The discussion is dominated by the concept of a changing of the flags, from the Union Jack to the Tricolour and it is natural that this is prevalent. In a colonial country such as Ireland, national liberation will always be front and centre of all discourse regarding its role to other states. In this case this discussion is accentuated because it comes with once more broaching the subject of British colonialism and imperialism in Ireland. It is however the task of the Communist movement to ensure that, like James Connolly, Franz Fanon, Walter Rodney, Ho Chi Minh and many more writers we articulate national liberation with a fundamental change in social relations. What do we mean by the term social relations? The answer is straightforward. We mean that if Ireland is unified then capitalist social relations and all that they entail are made away with.

In order to do so and taking into consideration the small size we are our interventions have to be tactful and strategic – pivoting the discussion in such a way that creates an unstoppable momentum for change. The argument of this essay will focus on the legal elements behind unification and how Communists should seek to challenge and exploit them. For the purpose of creating a backdrop and framing that argument, included is the ISRP programme articulated by James Connolly, call it food for thought.

As a means of organising the forces of the Democracy in preparation for any struggle which may precede the realisation of our ideal, of paving the way for its realisation, of restricting the tide of emigration by providing employment at home, and finally of palliating the evils of our present social system, we work by political means to secure the following measures:

1.Nationalisation of railways and canals.

2.Abolition of private banks and money-lending institutions and establishments of state banks, under popularly elected boards of directors, issuing loans at cost.

3.Establishment at public expense of rural depots for the most improved agricultural machinery, to be lent out to the agricultural population at a rent covering cost and management alone.

4.Graduated income tax on all incomes over #400 per annum in order to provide funds for pensions to the aged, infirm and widows and orphans.

5.Legislative restriction of hours of labour to 48 per week and establishment of a minimum wage.

6.Free maintenance for all children.

7.Gradual extension of the principle of public ownership and supply to all the necessaries of life.

8.Public control and management of National schools by boards elected by popular ballot for that purpose alone.

9.Free education up to the highest university grades.

The programme acts as a series of demands that help provoke thought when considering unification. As it stands, we are observing two statelets and entities that have serious socio-economic issues and both adopt the classic liberal interpretation of the legal organisation of society. That is – the separation of powers and either a constitutional or other legal framework that preserves the individual right to prosper in the free market.  Both statelets contain little by way social directives (bar exceptions to one or two things) that instruct the State to operate in the public good.  Article 42.4 is the only explicit instruction regarding the State performing a task in the Free State constitution and that is to do with the provision of primary education. This is an accident, a carry over from struggles pre-Independence.  The Six Counties are under the British legislative system which has a Bill of Rights and no constitution, deferring most decision making to the Parliament in Westminster.   In both cases the legislation that flows from the Bill of Rights and the Constitution is there to re-enforce capitalism and assist capitalists.   In recognising this let us survey the situation a bit better again.

We have two different legal jurisdictions albeit both are Common Law and we are considering fusing them. A lot of the precedent set in British courts and Irish courts is similar, in fact they would regularly examine each others rulings for a cross comparison but the glaring difference is of a constitutional nature. Will the Bill of Rights be abolished or will the Constitution be scrapped? There are contradictory articles in both of them, notably with questions pertaining to sovereignty, language, etc.   Never the less the primary contradiction, as I see it, is the existence of two legal jurisdictions in one unitary state.  The 26 county jurisdiction does not have a federal structure, so how would the incorporation of a new legal jurisdiction work in that regard?

It is my view that the approach that should be taken is one that considers the writing of a new constitution inclusive of all 32 Counties.  How should it be written? If we are truly democrats, then a new constitution should be written with input by all groups and peoples of Ireland. For we are a very diverse island with many customs, languages, religions and traditions and a new constitution should address all of them in an adequate way. We are also an island with significant socio-economic problems and an economy that services only the needs of the ultra wealthy. These are all issues that should also be addressed.   We should look with great inspiration as to how the Cuban people went about re-writing a new constitution, following a thorough, nation-wide process that involves as many people as possible. A pluralistic, mass democratic consultative process involving the people and their interests. In Cuba the whole people became the constituent assembly and drove the drafting of the new constitution and that is precisely what we need in Ireland. Often enough I see comparisons of unity with West and East Germany and I think these are dangerous – the consequences for the destruction of socialism in the DDR were catastrophic after all.

If this process were to take place what kind of issues would surface facing the majority of the population? Let’s take three and hone in on them. Housing, Health and Water for example. There is a housing crisis of epic proportion smashing the people North and South of the border here and the measures that have been taken have been pitiful. Would one constitutional article we should argue for enshrine Housing as a public good, right and necessity to be provided by the State?  In the field of Health, would an article enshrining the right to access health and the role of the State in the public management and ownership of our clinics and hospitals be in order? Finally – on the question of water, precious water it would be reasonable to enshrine the right to water as well as its public ownership and management in our constitution. These three serve as examples, but there are many more that we should consider, including a right to work, education, maintenance in old age, a right to leisure, a right to childcare and much, much more. That, I believe is the path to follow in discussing a United Ireland.

We do not want a United Ireland riddled with the destitution, indignation, poverty, migration and many more issues which plague it North and South now. We want a fundamental change to all of that. We want to give the millions of our migrants who have had to leave in the last 45 years a reason to return. We want to give our children a future.  In order to secure this discussion we have to intervene in the on-going discussion. As it stands, liberals dominate this discussion, be it in Sinn Fein or other quarters. There is no discussion beyond unification and there is no programme for economic transformation.  We need to look far beyond Foreign Direct Investment and envisage a Green Industrial Revolution.  This Green Industrial Revolution can play a big role in saving humanity but it must be democratically directed, democratically managed and ultimately benefit the people of Ireland.

The wealth we will create through this Green Industrial Revolution must pour into the education facilities, into the health facilities, into job creation and into public infrastructure.  The wealth that we create must be publicly managed and owned. Hark back to the Programme of James Connolly. Hark back to the words of Connolly. Let’s create a United Ireland where we own it all, from the plough to the stars. Let’s do so by all and any means necessary.