One of the newly elected EU representatives for the Midlands-West of Ireland is Maria Walsh. At only 31 years old, she is notable for her youth and the fact that she is one of only a few LGBTQ+ members of the European Parliament. Her victory might be seen as a positive step for Ireland’s queer population, and indeed it would be heartening to see, if the party she represents were not one of the worst in Ireland for the LGBTQ+. Fine Gael has attempted to liberalise its views on sexuality and certain social issues in recent years, and Taoiseach Varadkar himself is a gay man. Despite their overtures to the gay community, they enact policies that harm the most vulnerable in Ireland, which are often overwhelmingly queer and trans people. 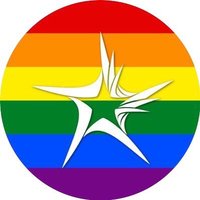 Fine Gael has been notorious for cutting funds to vital services like mental health, homelessness and housing provision, and in doing so has waged a war on the most defenseless sections of Irish society. These issues affect LGBTQ+ people at a disproportionate rate as compared to the rest of the population. According to an article for Pink News, LGBT people in Ireland are three times more likely to contemplate suicide than the average population, but despite this, Fine Gael saw fit to cut more than 20 million euros from the mental health budget in 2016. Homelessness and evictions, something Fine Gael often abstains from addressing, are also of special threat to the community. While no concrete statistics exist in regards to LGBTQ+ homelessness in Ireland, in nations like the United States and Canada, gay and transgender people were estimated to make up between 25 and 40 percent of the homeless population. Fine Gael, as a party of landlords and capitalists, has done little to address the housing crisis, and instead has let Ireland’s landlords wreak havoc on the poor. For Ms. Walsh, it is a wonder how she justifies her support for policies that would harm the very same community she comes from. Of special note is that during her tenure as MEP, she will be sitting with the European People’s Party, a political grouping that contains several openly homophobic parties and representatives. Simply put, Walsh, Varadkar and their ilk attempt to put a rainbow over their brutal anti-worker and anti-poor policies, while consciously ignoring the detrimental effects that those policies have on queer folks. They are wolves in sheep’s clothing, and cannot be trusted to do anything beneficial for the marginalised groups of Ireland.