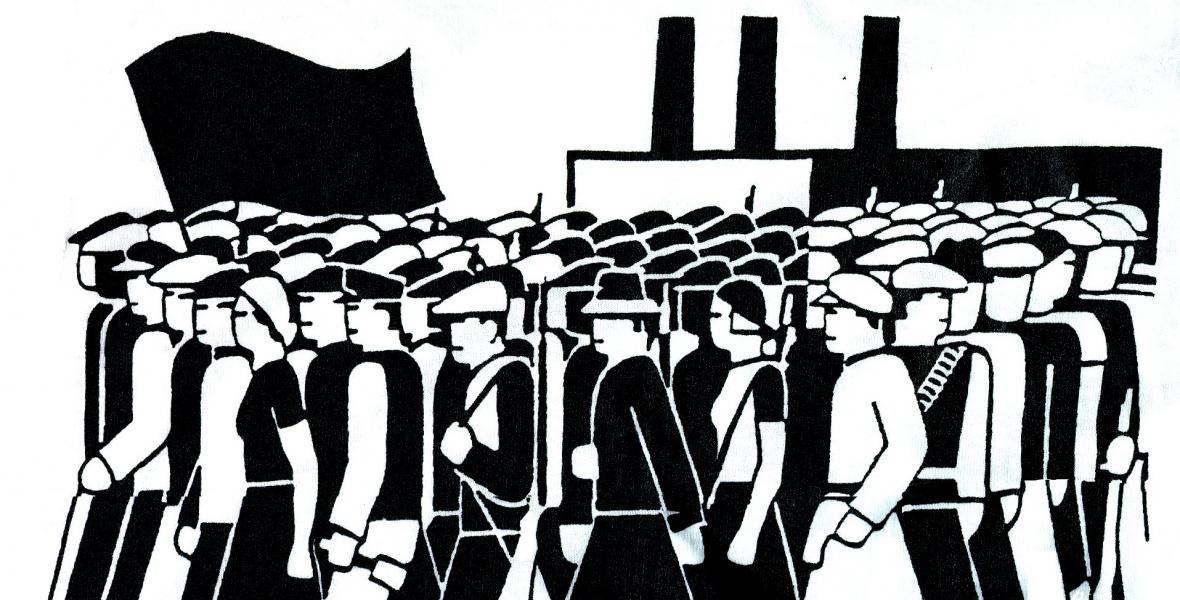 Disillusionment with electoral politics is at an all time high. Voter turnout in Ireland and across the OECD has been steadily declining for the past 50 years – for understandable reasons. Whether you vote for Fianna Gael, Fianna Fáil, Labour or Sinn Féin the result is the same; a committee of landlords, millionaires and media figures managing the nation in their own self-interest. The people of Ireland are clamouring for affordable housing, higher wages, improved healthcare services – the list is endless. What they receive in return is skyrocketing rent, an expanding property bubble, stagnating wages, increased privatisation and a government unwilling to intervene. Leftist parties are not showing themselves to be a credible threat to the centre-right who maintain almost a century of dominance in the Dáil.

The alternative is direct action.

Broadly speaking, direct action is any action or strategy that cuts out the middleman and solves problems directly, without appealing to politicians, corporate interests or any other form of power. Direct action is not a march with catchy chants and witty placards, it’s occupying an empty home, it’s blockading a street to protect the local water supply from being privatised or it’s physically preventing a family from being evicted from their home. Every successful political movement throughout history, from the battle for women’s suffrage, to the U.S. Civil Rights Movement, has made use of some form of direct action. It can transform us from passive subjects to active participants in the shaping of our society.

There are endless examples of successful direct action across Irish History. In the decades after the turbulence of the Great Famine, The Land League was established as a political organisation to assist poor tenant farmers and to abolish landlordism. The hundreds of thousands of members and sympathisers of the Land League organised resistance to evictions and withheld rent from exploitative landlords. Entire communities would even socially and economically ostracise agents of landlords.

Despite centuries of dominance, the undeniable power of direct action began to loosen the grip of the British empire on rural Ireland. By the early 20th century, over 300,000 tenants had bought back 15 million acres out of a total of 20 million acres across the country, essentially bringing an end to the era of absentee landlordism in Ireland.

In recent years direct action has entered the public consciousness once again, most notably with the widespread resistance to water charges across Ireland lead by Right2Water Ireland. Irish Water was established in 2013 and soon began to install water meters to fine households and by 2014, approximately 100,000 people marched in Dublin against the charges. With the Gardaí forced to set a seclusion zone protecting government buildings, protestors blockaded roads and bridges in the city centre, blocking buses and cars for several hours. Community groups also began physically removing water meters and blockading roads and meters to prevent crews from installing meters. Many attempts to install water meters across Ireland were abandoned in the face of constant resistance. The Irish government was forced to capitulate in the face of direct action and by April 2017, the Irish Water billing scheme was officially abolished.

Following the success of the resistance to the water charges, protests against the housing crisis began to grow. In December 2016, a group of housing activists, trade unionists and homeless people began occupying Apollo house in central Dublin. Food, furniture and clothes began pouring in from supporters. Over the course of almost 4 weeks, over 200 homeless people were given somewhere safe and warm to stay.

In the past two years several houses have been occupied across Ireland. Connolly Youth Movement have been occupying a house in Cork city for almost 2 years, as a form of direct action and protest against the worst homeless crisis since the founding of the state. Occupying derelict buildings is not a long-term solution to apply to society at large, but these forms of direct action force the state to address the issues facing Ireland. The huge support and publicity surrounding the Summerhill and North Frederick St occupations in Dublin have similarly shown the value of well coordinated and motivated direct action. For direct action to be successful, it cannot come about only when raw emotions are at their highest; it must emerge from a solid foundation of politicisation and experience, as well as a strong sense of class consciousness.

There is a time for electoral politics, but the conditions for the rise of the left in the Dáil and around the world must be cultivated. Climate change is racing ahead, wealth is being further concentrated into the hands of a few individuals and, since the dissolution of the Soviet Union, there is no major power capable of challenging the form of neoliberal capitalism we see steadily tightening its grip on the world.

In the words of Malcolm X, “we cannot afford to play within the rules dictated to us by the ruling class… power never takes a step back, except in the face of more power.”