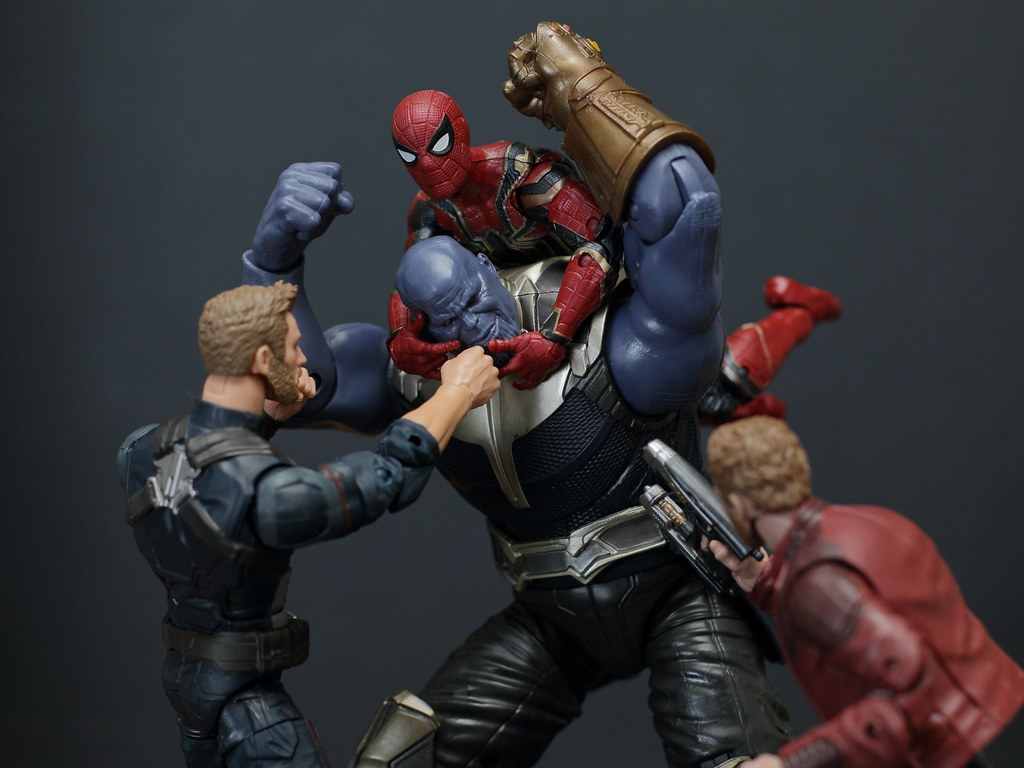 We as a species, though with some reluctance, have recently come to accept that our relationship with this planet has become more harmful than harmonious. It seems far easier to embrace the guilt of matricide – refrain from having children of our own and hope that decreasing human populations can save us – than to actually address the economic and political systems causing the anguish. This is because centuries before climate change even came into the picture, we’ve been fed ideologies blaming over-population for our woes and everyone from Marvel’s Thanos to the United Nations has been pushing it. Much of its modern interpretation stems from Malthusianism, the belief that population growth is potentially exponential while the growth of the food supply is linear.

Long before the Anglican cleric and Cambridge alum, Thomas Malthus, made scientific racism socially acceptable among academic types, the dehumanisation of ‘people of colour’ was commonplace. Following on from Christian iconography of demons portrayed as sex crazed monkeys, the association between slaves and primates began to expand as a science. Africans were demonised and demons were racialised. In the 16th century, Antonio de Torquemada depicted a European woman, exiled to Africa, raped by an ape and having it’s offspring. John Locke, commonly known as the ‘Father of Liberalism’, presented human-simian rape in his philosophical teachings in the 17th century, an idea we’d later see in the likes of Hollywood’s 1933 King Kong. This continues today with many believing HIV/AIDS has it’s origins in inter-species relations in Africa.

The demonisation of sexuality helped justify mass sterilisation. The creation of eunuchs are some of our earliest known records of this, like in caliphates across the Middle-East who dealt in the sale of castrated African slaves. Boys between the ages of 8 and 12 had their scrotum and penis removed – killing 60% of them in the process. 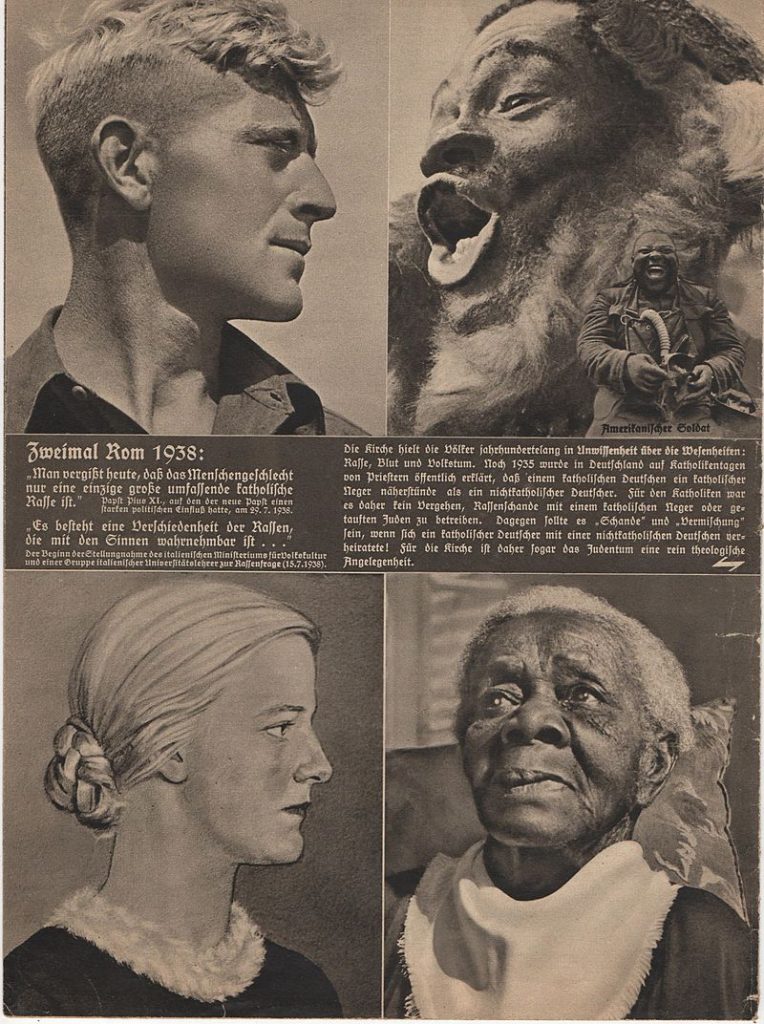 Castration continues as a punishment for homosexual/criminal activity right up to modern day but population control for the preservation of “white civilisation and its domination of the planet”, to quote former US president, Woodrow Wilson, really took hold from the 1800s.

The work of American thinkers and ideas like ‘Racial Hygiene’ were adapted into what became the core fundamentals of the eugenic ideology underlying Nazism of the 20th century. The Rockefeller Foundation funded many of Josef Mengele’s projects before his move to Auschwitz. In California alone, tens of thousands had been forcibly sterilised – all were poor, most were black or Native American.

Like in the ‘New World’, Eugenics in Nazi Germany grew from fears of overpopulation – more specifically, the growing population of lesser races. It was said that with the influx of Slavic working-class peoples, the German economy would be undermined and collapse, so ‘Lebensraum’ (living-space) must be established. Supported by a mystic superiority of the Germanic Peoples over their barbarised foes, Nazi Germany invaded the east, starved natives and shipped food back to Germany. Over 11 million Slavic civilians and prisoners of war were killed by the regime. 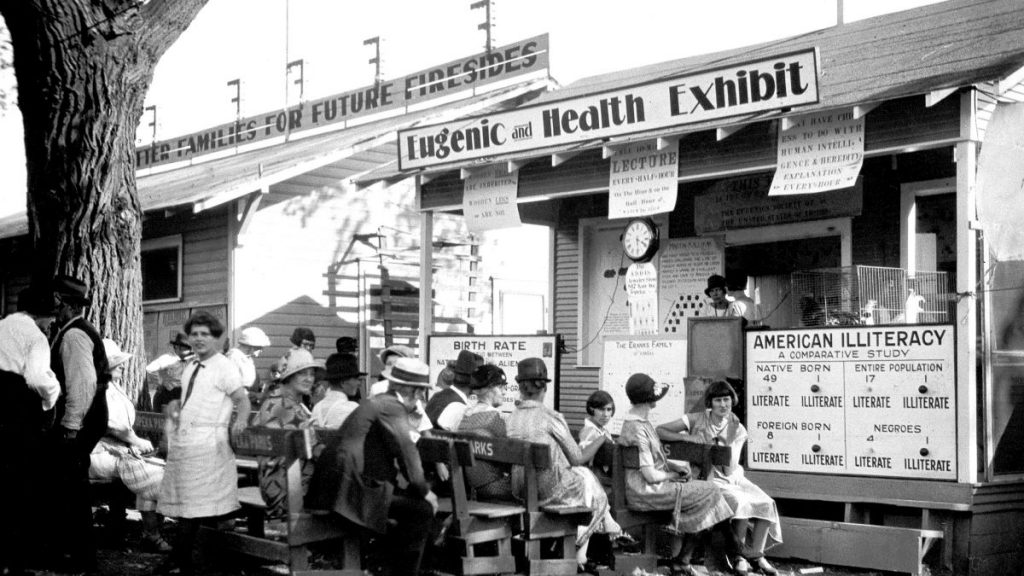 Malthusian theories, like abstinence, disease and war being ways of containing ‘exponential’ population growth, also shaped the beginning of ‘birth control’ as we know it today, in the form of Marie Stopes and Margaret Sanger. The godmother of Planned Parenthood in the US, Sanger worked on a basis of specifically providing family planning services to the poor and uneducated as they were deemed incapable of controlling their family size like the ‘intelligent and responsible’ were. Both Sanger and Stopes called for the sterilisation of the disabled and those ‘unfit’ for parenthood, with the latter primarily interested ‘in creating a society in which only the best and beautiful should survive’.

Just as Sanger passed away, Flower Power began to blossom and 1960s counterculture whipped up a bizarre grouping of organisations like the Voluntary Human Extinction Movement, Childfree Network, The Club of Rome and Zero Population Growth which merged environmental concerns and reproductive rights into tools for modern eugenics. The likes of Ted Turner, David Rockefeller Jr, George Soros and Warren Buffet have openly supported these groups over decades.

Last year, Melinda Gates (wife of the second richest person in the world) co-chaired a Gender Equality Council at the G7 summit, that called for public funding for abortion as a component of ‘humanitarian assistance’ for poorer countries.

Outside of addressing it’s own dark past, much of how the West frames discussions around population control is off the back of China’s attempts. Yet far too few are aware that the People’s Republic’s failed One Child Policy was actually a European directive.

As infant mortality declined by 75% and life expectancy almost doubled under Mao Zedong, the population inevitably boomed. This played into a global debate in the 60s & 70s, backed by the World Bank and the UN, around population control for the well-being of the environment. Chinese politicians and scientists, like aerospace engineer Song Jian, were influenced by books on the population panic during a visit to Europe in 1979.

10 years after a two child policy was implemented, One Child became the norm under a guise of alleviating social, economic, and environmental problems. Groups like the Sierra Club, a Californian environmental agency, and the Club of Rome, who funded ‘The Limits to Growth’ and ‘Blueprint for Survival’ which Jian took home and republished, successfully pressured the struggling state into a dangerous policy.

Around the same time, two child laws were also implemented in the likes of India, Vietnam, Singapore, British Hong Kong and the Philippines.

At a G20 summit in 2017, French President, Emmanuel Macron, pointed to African women having ‘seven or eight children’ as being a cause for their plight. Today in the West, we find arguments for the sterilisation of criminals and those ‘unfit’ to bare children as commonplace while our silver-screen super villains want to wipe out half the population to curtail overpopulation crises – the population panic of the 60’s breathes a new CGI life. Malthus’s ‘positive checks’ theory is found alive and well as environmental documentary maker, David Attenborough, speaks against sending famine relief as the world has too many people already. Plus, castration is still used against LGBTQ+ people as Japan’s Supreme Court upheld a requirement that transgender people must have their reproductive organs removed earlier this year.

For Marx, “overpopulation” was only an ideologically loaded term or social construct because if there is a problem with food supplies, it lies in the way it’s produced and distributed. However, we see how these Malthusian ideas have, and will continue to, manifest into sinister policies of sterilisation, eugenics and xenophobia. Does our environmental salvation come in the form of one child policies, the end of famine relief or our own coerced sterilisation? It’s guaranteed we’ll see these arguments ramp up again, parallel with climate concerns, as some already claim Irish people are to become ‘ethnic minorities’ in 50 years and migration is set to destroy our way of life. So remember the history of population control as the state, and their right wing demagogues, attempt to misdirect the blame of the climate crisis as we approach Capitalism’s cliff edge.