In 2013, protesters flooded the streets of the main square in Ukraine. They demanded that the then president Viktor Yanukovych resign from office. About a million people, out of a population of forty million, took to the streets. They tried to storm the parliament and eventually Yanukovych fled. In the build up to this set of events, a false flag operation of police snipers firing on protesters was carried out in order to inflame tensions. John McCain and another Yankee merchant of death gave speeches to the protesters and victoriously toured around Kyiv.

The people came out to protest against legitimate problems. Corruption, poverty, privatisation, lack of jobs, pension cuts, and many of the other symptoms that accompany capitalism. The EU and the US were at the heart of this “colour revolution” and having practiced it in other countries  (Venezuela, Syria, Libya, Algeria), they now applied their tactics to Ukraine.  Taking on the legitimate concerns they fused this with calls for “freedom”, “democracy” and “constitutionality” to mask their true intentions.

To anybody who is not a gullible idiot it was fairly obvious what was happening. To many other Western people who are subject to BBC/FOX/CNN/RTÉ as their central intake of news, the events seemed to be fine. People have protested against legitimate problems, the president should resign, so on and so on. At the nub of it though was significant funding from soft-power groups. Their own website states that since 1992 over $3 billion dollars have gone into Ukraine. To fund who? For what purpose?  USAID calls regime change “citizen led change”, but what it transforms into is the training, equipping and funding of those who want to overthrow their state.

Euromaidan was a tragedy for the Ukrainian people. Those who had legitimate concerns peeled off the larger bloc as it became consumed with fascists and neo-nazis. The government set out on a deliberate falsification of history that has spread through the Western media to the point where even The Guardian had to quietly retract an article where it praised stamps that commemorated Hitlerite forces as “soviet resistance”.  The first government after the unconstitutional overthrow of President Yanukovych was led by  a person named Arseniy Yatsenyuk. He was a member of “SVOBODA” led by Oleh Tyahnybok. The entire narrative of parties such as SVOBODA is that collaboration with Nazi occupation forces was justified in the face of the red army. Even Haaretz made several comments about their anti-semitic commentary.  Strikingly, the very rapid rise of literal fascists and nazis did not really make mainstream news, but from time to time they comment about it, because it’s impossible to ignore torchlit Nazi style marches or the youth camps designed to indoctrinate kids into fascism and nationalism.

What we are seeing in Belarus is almost an exact replica of events as that of Ukraine.  USAID is offering money and support, Radio Free Europe, an outlet funded by the US Congress is all over Belarus  In Ukraine, money was paid to protesters (just like it is in the US) so the numbers look better. Recently, a demonstration of workers all voting for the opposition leader has surfaced and made the rounds – in these circumstances, it’s challenging to separate fact and fiction and the true motivation of actors. Many may want de-escalation rather than the economy being cracked by multinationals. Communists and leftists generally should exercise caution before leaping to conclusions based on the first impressions being broadcast through the media. All of these events are building up to a pinnacle: justification of regime change. There will inevitably be some sort of shooting of protesters despite the fact that American style executions carried out by the police are very rare in Eastern Europe.

From a dated article from 2017, there’s reference to a “Belarussian National Congress”, an organisation mimicking the Ukrainian National Congress, an avowedly Hitlerite organisation. The flag of collaboration has also found its way to protests against Lukashenko in echoes of the methods and means used in Ukraine. While it is early days yet, mark my words and look at other colour revolutions closely. The main ideological strand that runs through colour revolution is anti-communism, mixed with resurgent forms of earlier fascist ideas that create an historical link to the European Union and the “West” through their collaboration with Nazi Germany. This uncomfortable truth is glossed over by liberals who think that the heritage of their anti-communist ideas is somehow cleaner, but it shares the same bloody trail with Operation Gladio that once covered Europe in bullet holes during the assassinations during the Cold War, just as America and West Germany welcomed Nazis back into the fold of politics and science.

What is the regime change blueprint?

First it begins by declaring the election illegitimate.

Secondly, the protesters will be shot at by police forces in a false flag operation.

Thirdly, the West will attempt to intervene under the auspices of “humanitarian” grounds, but this might prove more complicated given the relationship between Belarus and Russia.

Fourthly,  money will continue to flow into the country to various activist groups, providing them with equipment and strategies to destabilize their own country. Any groups that do not serve the interests of the Western imperialist powers or Putin’s United Russia will be suffocated.

The absurdity of Western spectators falling for the same tactics isn’t lost on anybody, but it’s highly dangerous that the events in Belarus are being uncritically reported, just like they were in Ukraine. The net result was that the IMF deal that was rejected by Yanukovych, was introduced as a rescue package, with the main criteria being cuts to state services. The Ukrainian economy and it’s people have been ravaged ruthlessly by international finance and this is what is awaiting Belarus.

Solidarity from within, not intervention from outside

There is no easy path out of what is a highly complex situation. This is not a Disney film and therefore no “good guys” and “bad guys”. This is a country that’s transitioned into a capitalist economy while maintaining key infrastructure under the thumb of the state while facing incredible pressure and sanctions. It has had the same president probably from a mixture of corruption but also from the incessant anti-communism and racism towards Slavic people perpetrated in Western media. The political change critical to building Communism will never take place through right-wing nationalist uprising – the Belarussian communist party is experiencing stable growth in electoral turnouts in Belarus at the moment.

Don’t be a gullible idiot for NATO and the EU. Resist all colour revolutions they instigate and let the people of Belarus conduct their own struggles, as a sovereign and independent country free from external intervention. Dialectics would suggest that sooner or later change has to happen and it should be led by the people of Belarus, not by ruthless bureaucrats in Washington and Brussels. 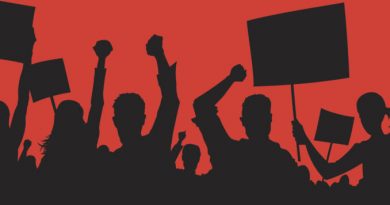 Is Ireland a democracy? 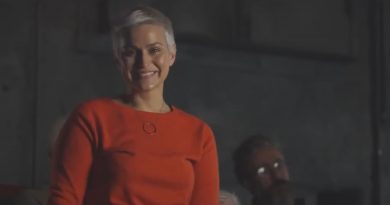 Pink Capitalism is anti-Queer: Maria Walsh and the Exploitation of the LGBTQ+ by Fine Gael 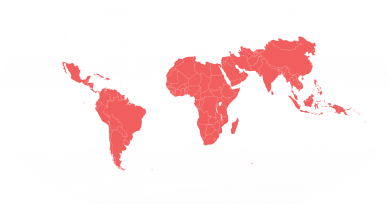 Public Services: Paid for by the Global South