Before ‘Black Friday’ was imported to Ireland via the US, the phrase would have been better known for one of the most brutal attacks against Irish and British suffragettes.

Prime Minister of the UK and Leader of the Liberal Party, H. H. Asquith, had promised the women of Ireland & England a Conciliation Bill to introduce measures of female suffrage. Less than a year later, following his re-election (with the support of John Redmond’s Irish Parliamentary Party) he backtracked on his proposal and sabotaged the bill in the face of another election.

The Women’s Social and Political Union (WSPU), empowered by working women across Britain, gathered 300 members to march with a petition to Westminster on Friday November 18th 1910. They were met by six hours of violence, humiliation and molestation by police officers and members of the public who gathered at the demonstration. One suffragette noted: “My skirt was lifted up as high as possible, and the constable attempted to lift me off the ground by raising his knee. This he could not do, so he threw me into the crowd and incited the men to treat me as they wished”. Hundreds more women were arrested during protests following Black Friday.

Majorie Hasler, who was in attendance on Black Friday as part of a delegation from the Irish Women’s Franchise League (IWFL), was knocked against a wall, resulting in intermittent headaches and damage to her spine. This didn’t stop her militant activism. She wrote in the IWFL’s Irish Citizen (22 June 1912): ‘We don’t like smashing glass any more than men like smashing skulls. Yet in both cases there is, I believe, a strong feeling that something must be broken before a wrong is changed into a right’.

Weeks earlier, John Dillon, a prominent MP for the Irish Parliamentary Party and later its leader, claimed: “Women’s suffrage will, I believe, be the ruin of our western civilisation. It will destroy the home, challenging the headship of man, laid down by God. It may come in your time – I hope not in mine.”

In June 1912, Hasler took part in an IWFL action smashing the windows of Dublin Castle, the GPO and other government buildings. She and 7 fellow members share the title of the first to be convicted and imprisoned in Ireland for militant suffragette action. IWFL members suffered attacks on the street and at stalls throughout Ireland following their window smashing. Hasler would die a few months later due to her damaged health and suspected abuse during her 4 months in Mountjoy Prison.

During Asquith’s visit to Dublin in July 1912, one English suffragette in the crowd threw a hatchet, missing the prime minister and hitting John Redmond, while they travelled through Nassau Street. There was also attempts to burn down Dublin’s Theatre Royal, the venue where Asquith was due to attend a meeting.

The women jailed for the attacks went on hunger strike, becoming Ireland’s first political hunger strikes of the 20th Century. Irish suffragettes followed them in solidarity.

With the outbreak of World War I in 1914, suffragette movements across the world followed in behind empires and crown forces that had beaten them for decades, including Pankhurst’s WSPU, but not Irish Suffragettes. They were more radical and trade unionists, supporting striking workers in 1913 and although they disagreed on Home Rule, they were often anti-Imperialist, with James Connolly speaking at IWFL’s events and offering the Irish Citizen Army to protect their meetings and campaigners. ‘Votes for women now! Damn your war!’ read the cover of the IWFL’s newspapers.

However, women’s suffrage was rarely guaranteed in most Irish Republican movements, until in 1916, Connolly’s Irish Citizen Army and the Irish Volunteers put their lives to a document addressed to men and women, proclaiming equality and independence for all.

‘The Irish Republic is entitled to, and hereby claims, the allegiance of every Irishman and Irishwoman. The Republic guarantees religious and civil liberty, equal rights and equal opportunities to all its citizens, and declares its resolve to pursue the happiness and prosperity of the whole nation and of all its parts, cherishing all the children of the nation equally, and oblivious of the differences carefully fostered by an alien Government, which have divided a minority from the majority in the past.

‘Until our arms have brought the opportune moment for the establishment of a permanent National Government, representative of the whole people of Ireland and elected by the suffrages of all her men and women, the Provisional Government, hereby constituted, will administer the civil and military affairs of the Republic in trust for the people.’

1916 Proclamation of the Irish Republic

For the Citizen Army – 107th Anniversary of the ICA 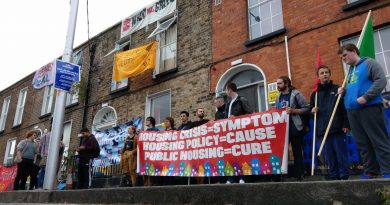 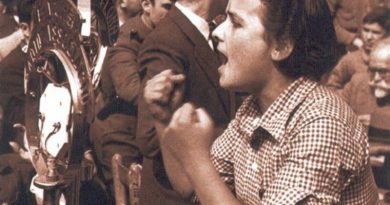