Over the past couple of months we’ve witnessed the Government drag its heels over the implementation of a mandatory quarantine period for travellers who arrive in Ireland. The Government has hand-waved away any proposals to ensure that COVID-19 isn’t spread further by unwitting travellers by blaming partition, claiming that passengers could simply fly into Belfast and make their way all over the 32 counties. It’s interesting that both Fianna Fáil and Fine Gael only seem to address the fundamental problems and contradictions of partition in order to justify atrocious, profit-first policies that directly result in the deaths of people all across Ireland. Partition aside, however, it’s important that we examine and compare our COVID response and where its best interests lie. In order to do so we should first lay bare the material conditions of our country and examine our response in comparison to a country who has handled the pandemic significantly more competently, namely the People’s Republic of China.

As an island, Ireland has a very privileged position in Europe when it comes to pandemic response. We are in a prime condition to completely eliminate the virus as we, in theory, have complete control over any and all entrance points to the country (i.e. ports, airports, and road crossings). Unfortunately however, imperialism and the presence of the British Government on this island means that the Irish people are subject to the whims of a government that they didn’t elect and don’t want. However, in spite of this, the 26 county state remains advantaged in its possible COVID response. Why then, has the Government completely dropped the ball in its response, and pursued a reactive rather than a proactive response to the pandemic? The short answer: money. Tourism makes up 6.5% of Ireland’s GDP and in 2018 was worth €9.4 billion to the economy. Perhaps if the most vulnerable members of our society, such as care home residents and disabled people, tried contributing a little more money-wise, they wouldn’t be completely ignored by this government or left to die alone.

This fiscal obsession has led to a policy of rolling lockdowns, which end with a carnival of open shops and restaurants the second the cases drop to a level deemed “acceptable” by the Government (and not by NPHET), like a gambler throwing everything on black because he’s on a good run.

While people are sick of the constant rolling lockdowns, the vast majority do still support efforts to curb unnecessary international travel. The majority of people on this island will agree with a serious effort to combat unnecessary travel in and out. This response should include: suspension of all non-essential travel via port and airport, mandatory quarantining for arrivals and multi-stage COVID testing. Since the 16th of January 2021, 11 months after the first case on the island, those arriving in the country must present a negative PCR (nasal swab) test taken 72 hours prior to departure. Though a necessary step, this does not help stop the spread of COVID-19 in passengers who’ve unwittingly become infected during their journey. For example: Passenger L.V. travelling from New York to Dublin via Paris, has the opportunity to contract the virus at four different stages: in the airport in NY, on the plane from NY to Paris, in the airport in Paris, and on the plane from Paris to Dublin. Any viral transmission during this time will not be covered by a PCR test taken 72 hours before the initial departure.

In contrast China has put forward a comprehensive strategy to combat the introduction of new cases of COVID-19 via international travel. On 26th of March 2020, all travel to the country by foreign nationals, regardless of Visa or residence status was suspended. This approach was later lessened on a country by country basis. However, despite being granted permission to travel, this is not an open door for travelers. A “two-test” policy was implemented, requiring all entrants to take a multiple COVID tests, (at two stages, for passengers travelling via connecting flight requiring a PCR and an IgM (for active antibodies) test). This approach covers all bases, as the PCR test indicates whether or not the traveller is currently infected, while the IgM test helps to identify if the patient may have been infected in the past and if they could still be a vector for the disease. Entrants are required to take the tests at two separate occasions: the first tests must be taken 72 hours before your flight is scheduled while the second set must be taken in the last country a passenger on a connecting flight enters before flying to China. For example: If passenger M.M. was to fly from Dublin to Paris via Shanghai, they must show negative tests from both the Irish and French stages of the journey.

Though comprehensive, this series of testing cannot alone prevent viral transmission. Passengers may show a negative test at the final stage of their journey yet contract the virus after the test was taken, either in the airport, or on the plane. For this reason a policy of mandatory quarantine of originally 14 days, now extended to 21 days has been implemented. This quarantine takes place in specially equipped hotels that ensure the provision of meals and board for those quarantining is done in a way that’s safe for both staff and travelers. Medical care is also provided for passengers who may have contracted the virus but had been asymptomatic.

This strategy, along with other methods, like large-scale lockdowns, have allowed China to return to a level of relative normality and deal with spikes on a city/provincial level. A further positive aspect is that the length of their implementation is dependent solely on public safety and not on pressure from lobbying groups like IBEC and Michael O’Leary. Western governments (and the political commentariat) would do well to do the same, and quickly, instead of wasting time crying “authoritarianism” again while vulnerable people die. 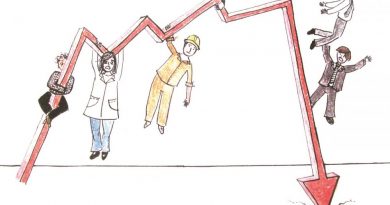 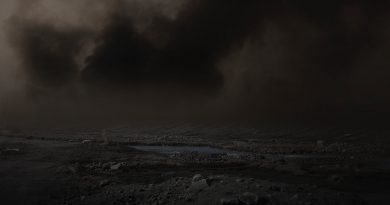 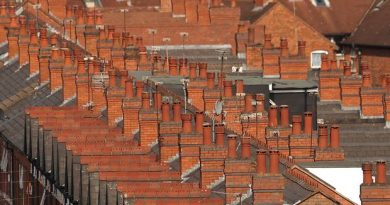