We’ve all heard it. The same phrases.

“If I ever see that man who hurt you, he’ll regret it”.

You’ve read the theory, and the theory is good. But have you spoken to your female and misogyny affected comrades about these issues? Have you asked them what you can to do make them feel safer, or more heard in leftist political spaces, or just in general?

You’ll make him regret it? Here’s his address. Time to put your money where your mouth is. Interesting that I’ve given you his full name, you know who he is, yet still interact with him online. Where was this energy when your friends cat-called me in the street the other day? When your mates started bragging about who they shagged? When your brother groped a drunk woman in a bar? When one of your underage comrades came to you with concerns that an older man was pursuing her, despite her repeatedly telling him no, and you say, “He’s a good guy in his politics”.

This “White Knight” syndrome that runs rampant throughout leftist spaces is ridiculous and it needs to stop.  Women and misogyny-affected people have come to expect misogyny from the right, yet when it comes from the left, from men they trust and call comrades, it is a painful reminder of how patriarchy and internalised misogyny is virtually inescapable.

This won’t always be the case, but it starts with men checking themselves.

Call out your friends’ behaviour. Cut misogynists out of your life. If you have a hard-line policy on fascists, the same should go for misogynists. Speak to women about what you can do, about how they feel, help them bring their abusers to justice (if that’s what they want) not just in the smoking area of a club when someone hits on your mate, do it in the street, in the middle of the meeting, in the office.

The men who are committing these acts are quite clearly misogynists, there’s no two ways about it, and just by the sheer nature of this, these men are going to be ten times more likely to listen to a man, rather than anyone else.

Women can scream “Abuser!” until their faces are blue, but none of this matters until a male comrade speaks on her behalf. Lots of women and misogyny-affected comrades will sit quietly, afraid to challenge misogyny within their party, or organisation through fear of being labelled as a “bitch”, as “overdramatic” or “witch-hunting”. Speaking from experience.

The only way to change this is by calling out this behaviour when you see it. I honestly couldn’t give two fucks if you lose friends over it, if you value friendship with misogynists over the safety of others, then you’re no better than them.

Cop on, and listen to women. 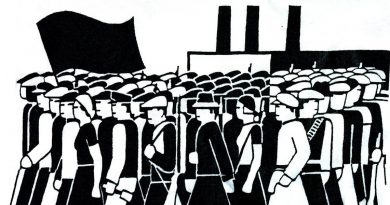 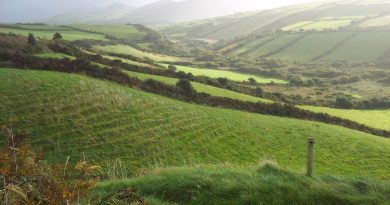 Europe is the Final Nail for Irish Farmers