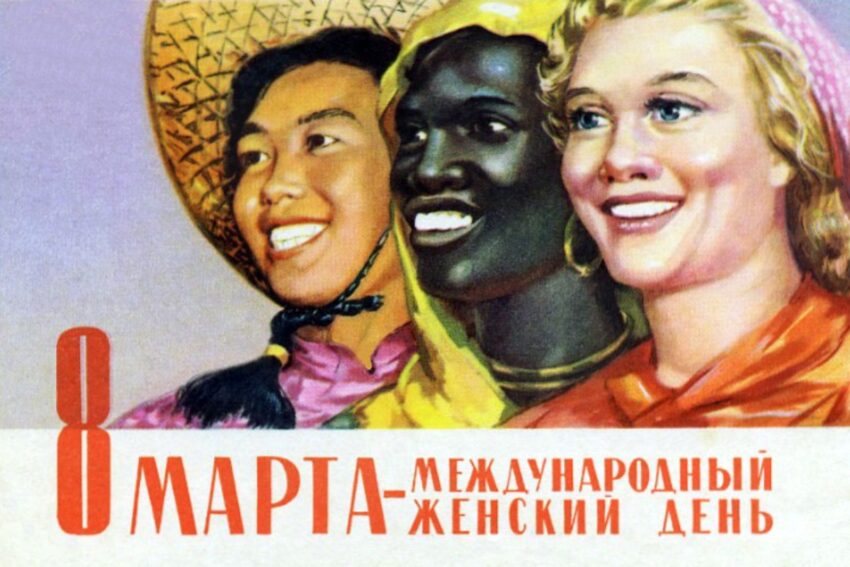 As we mark International Working Women’s Day (often referred to as International Women’s Day), one cannot help but mourn its previously revolutionary character, one which has been been viciously culled. The socialist roots of IWWD have been consigned to the history books, supplanted by a liberal feminist celebration devoid of a class character. Gone are the days of mobilisation for women’s liberation; in their place are shallow displays of white feminism – the alienation of exploited, marginalised women and the upholding of the patriarchal capitalist system.

IWWD has traditionally been a political affair geared at the liberation of working women. The first IWWD was held in 1911 as a result of a successful motion by Clara Zetkin at the Second International Conference of Working Women in Copenhagen. She envisioned a day to celebrate the achievements of women and mobilise for their liberation. Over 100 women from 17 countries, representing unions, socialist parties and working women’s clubs voted unanimously to seek freedom from the shackles of the past. Following this, protests criticising low wages, long days, and ever-increasing workloads increased exponentially, driving millions of women around the world into the streets demanding release from the capitalist exploitation in which they were trapped.

An example of the inherently political nature of IWWD can be found in the February Revolution of 1917. In response to over 2 million deaths as a result of the inter-imperialist First World War, and to massive food shortages at home, Russian women began a strike demanding “bread and peace”. This movement spread from factory to factory, culminating in an insurrection that was to be the flashpoint to ignite a worker’s revolution, resulting in the forced abdication of Czar Nicholas II. To honour the role that women played on this day, in 1922 the Soviet Union declared it “Women’s Day”. The USSR had by that point switched to the Gregorian calendar from their previous Julian calendar. What date did 23 February become? 8 March.

Over time however, the revolutionary credentials of IWWD have become distorted, and dominated by liberal feminist hegemony. The work done for previous decades to free working women from the exploitation of capitalism was abandoned. Instead of fighting for women’s freedom from a draining economic system, liberal feminism exalts those who take advantage of the system to exploit other women, loot sovereign nations, and commit war crimes – as long as they do so in a pant-suit. There is no need to fight for proletarian  women, when you can instead fight for a small number of bourgeois women in their quest to “break the glass ceiling”.

This is a manifestation of the liberal desire to maintain the status quo of capitalism. For decades marginalised women have been left feeling abandoned by liberal feminist spaces where they were hoping to be accepted. Black women, for instance, were even cast out by their white counterparts due to the latter’s desire to achieve equality with white men, rather than liberation for all women. Women’s rights in the eyes of these feminists, are an abstract thing, seperated from race, ethnicity, sexual orientation, and gender identity. These topics are “political in nature”, and due to their lack of impact on white, upper-class women, they are irrelevant to the cause. This desire to remain within the confines of societies rules is equal parts shocking and amusing. Was it not the suffragettes, so fervently hailed as pinnacles of the fight for justice, that starved themselves, chained themselves to railings and even threw themselves under the King’s horse to attain voting rights for (white) women? A far cry from “girlbosses” and “pussy hats”.

The shallowness that found its way into IWD celebrations in liberal feminist spaces, left a void that had to be filled. This space was filled by capitalist interest. The commercialisation of women’s rights leads has led to hypocrisy in the message of the movement. Western women are clad in feminist gear produced by poor working women in the Global South, who are being compensated with disgraceful wages. Such an example came to light when “female empowerment” shirts were being created by women in Myanmar being paid 62c/hr.

However, this is not a call to abandon IWWD. This is a call to reclaim the origins of a celebration, a day recognising the power of working women from all backgrounds to change the world as they have done in the past and will do again.