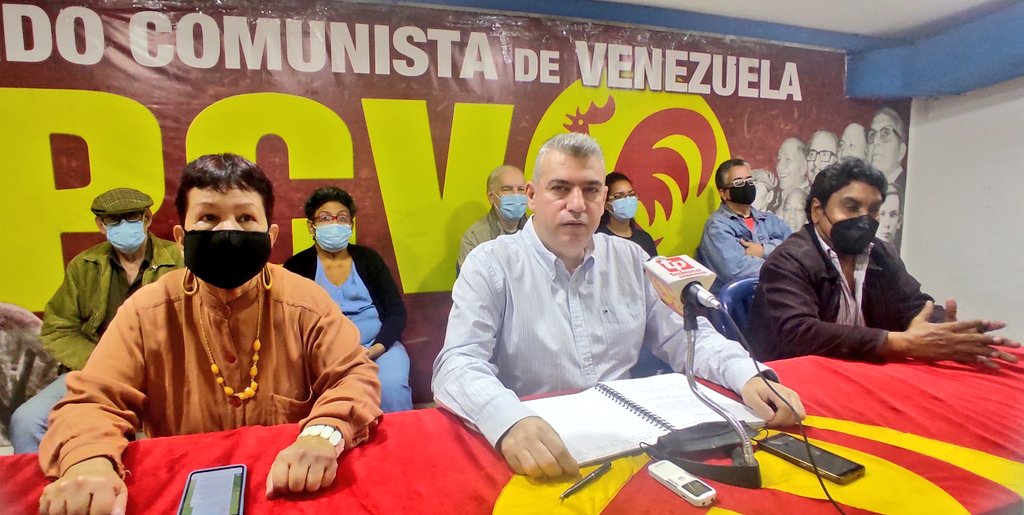 Members of the Communist Party of Venezuala (PCV) were attacked by state agents while engaging in a workers’ rights protest in Caracas last Thursday (21 July).

In a statement by the party, they revealed that while marching alongside trade union activists in a Unitary Trade Union Platform-organised demonstration against plans by the National Budget Office to depress workers’ wages, state agents, including those from the Venezualan police and intelligence services, attacked members of the party’s Central Committee and Women’s Organisation.

Head of the Clara Zetkin Womens’ Movement Jackeline Lopéz was assaulted outside Caracas City Hall, while Central Committee member Angel Castillo was attacked and abducted by SEBIN agents after being pursued in his vehicle.

Outcry from the PCV, other organisations at the protest, and international organisations forced Comrade Castillo’s release the next day.

In their statement on the day’s events, the PCV decried the attacks as the latest in an ongoing attempt by the PSUV (Venezuala’s ruling party) to paint the PCV as tools of American imperialism:

“The government and the PSUV leadership are using a false anti-imperialist discourse to exercise repression against the workers and the popular movement that is rising up against the savage pro-imperialist and anti-worker policies. While discursively maintaining the appearance of a confrontation with U.S. and European imperialism, the government is making a pact with Washington and its monopolies, mainly the oil monopolies. The recently approved Organic Law of Special Economic Zones and the advances towards a reform of the Hydrocarbons Law demonstrate the hypocrisy of a government that claims to be “leftist” when it is pushing the most shameful surrender of the sovereignty and wealth of the country to foreign capital”.

These attacks against a party that was once among the PSUV’s staunchest allies, are likely as a result of thawing relations between the West and Venezuala, owing to the necessity of a steady oil supply following the invasion of Ukraine.

The CYM expresses our solidarity with our comrades in the PCV, and will stand with them in the face of this repression.