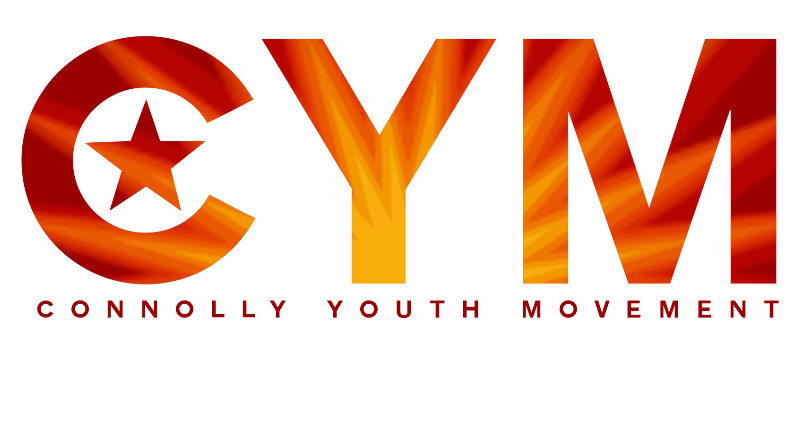 A new year is on the horizon and as we prepare to celebrate, the Connolly Youth Movement sends you, your friends and family members our warm wishes and regards. We hope that you have good health and prosperity in the New Year, that your undertakings are successful and hard work yields fruit but most importantly, we hope you bring fresh energy and vigour to the struggle against capitalism and its lackeys in the year of 2019.

We are told that Ireland is doing well, that we are prosperous, that there’s employment, that houses are being built and this is a land of opportunity! The Blueshirt regime, propped up either by Fianna Fail or the Labour Party has spent the last decade gutting services, ripping apart communities, forcing hundreds of thousands to move to other countries. Austerity-related deaths are still a reality as the so-called ‘recovery’ is felt only by the rich. There is no single number that can be placed on how many people are not with us due to the austerity measures put in place which have led to underfunded mental health services and left-behind communities.

We are told that Ireland is wealthy, but where is the wealth?  Is it in the homeless shelters, that are full every night? Is it in the food banks, that run out of food and nappies for children before Christmas? What about the B&B’s or hotels that have single parents and families crammed into rooms so that the Hoteliers can make a profit? No? What about Direct Provision centers that receive lucrative state contracts to keep asylum seekers indefinitely interned? What about the health service, which stumbles from crisis to crisis, unable to look after our people properly? Is there wealth there? So where is the wealth, because we fail to see it anywhere around us.

What we see is a never-ending attack on our prospects in life. A never-ending barrage of cuts to everything. The desired result is of course to transform our society into a ‘pay as you go’ shopping experience where every single facet of our life, no matter how important, has a price and our value as a human is determined by how much we can pay. Everything is commodified so that somebody (above you) can make a profit out of it, while your access to it is reduced. Housing, health, education, transport, food, medicine – you can say that life itself, is a commodity, we work to live, despite having technology that could free us from want and ensure a decent standard of living for all.

Life for young people in Ireland has become a powerless, precarious existence, relying on a number of highly fickle factors which influence what category of person you’re seen as. The more deprived the area you come from, the lower your chances at securing a degree or a remotely well paid job, which means your chances at owning a home decrease as well. The most deprived areas in Ireland have the most young people finishing school after their Junior Cert and the lowest amount of people going on to do third level degrees. Many will not do anything after leaving cert but will look for work. What kind of work will they find? The workhouses of the hospitality and service industries are always hiring minimum-wage workers to exploit and abuse, young people who need money for their families or for themselves to get by, who won’t question the inherent inequity of doing all the work for a pittance. They destroy themselves day after day for the benefit of the parasites profiting off their back.

Yet even those with degrees are struggling. There are highly qualified young people in the very same hotels or call centers, working the very same jobs as those without degrees. Why is that? There are these highly qualified young people who have a lot to give and contribute and just like the rest of the population can never own their home. We are told from a young age that the smart economy rules the day and that hard work gets you further, but all workers have the same outcome. Why?

Ireland does not provide for its people because Ireland is a capitalist country.  Capitalism shapes everything here and determines everything and it is in the interests of one class – the capitalist class, that the entirety machinery of the State runs and that is exactly what we aim to overthrow. It’s not that we lack the resources to guarantee a dignified life and fulfilling work for all – it’s the very nature of the system that stability in the lives of workers is bad for capitalist profits.

The first and primary objective of the Connolly Youth Movement, a Socialist Republican movement standing in the tradition of James Connolly, is the overthrow of the social and economic order of capitalism. Call it sedition or a call to rebellion – for that is what it is, our open declaration that we desire a more humane, equitable and just Ireland that caters for its people.

The Connolly Youth Movement struggles for an Ireland where the wealth produced by its workers will not only be managed by the workers, but also of full benefit to them. What does this mean?

It means that the profit the worker creates in Ireland will no longer go into the pocket of the shareholder, director, bondholder, hedge fund manager, landlord or employer but back to the worker in a different way. The primary and sole beneficiaries of the work will be the workers themselves rather than those who enrich themselves because they own every factory and productive enterprise in the country. The Workers’ Republic that Connolly envisaged is the Workers’ Republic we envisage, where the ownership of Ireland is held commonly by the people of Ireland, extending to all aspects including the economy, managed democratically with transparent and scientific goals of development.

Capitalism has drained, exploited Ireland and battered its people into submission – we seek to rejuvenate and revive Ireland, but in order to do that we consider it a necessity that our generation are at the forefront of this change.

The Connolly Youth Movement ratified after its previous Congress in February 2018 a comprehensive programme defining our vision for radical youth politics in Ireland and the issues we wish to advance. In addition to this, we have outlined a series of key points for our mission in 2019 which are as follows:

We will draw youth politics away from conventional liberal politics. Young people for most major parties serve a particular purpose – to knock on doors and sell newspapers. We consider this degrading. Young people are the energetic vanguard for change in this world, who should, with a firm Marxist grounding be involved in the most radical and militant confrontations with the forces of capital, as represented by the state and the private bodies it co-ordinates a common interest on the behalf of.

Our programme covers a variety of topics but we make it a special focus for our movement to have two ‘primary’ focuses. This being housing and workers’ rights. We have evaluated that the sharpest contradictions in capitalist society are in the workplace and in the home, and like ourselves, all other youth organisations should be intensely focused in rejuvenating the union movement and helping people get organised in the workplace. In addition to this, tenants’ rights and the organisation of workers around the defence of shelter are an equal priority.

We bear in mind, alongside our members and supporters that we are building a movement intent on the overthrow of capitalism, not it’s reformation and as the next financial crisis looms over Ireland, we commence our preparations. We will not be satisfied by petty protests or passive resistance and send a red salute to the people who took back the repossessed home in Roscommon and took a firm and open stand against KBC bank.

Through direct actions pertaining to housing, we will look to ease the burden of pressure from our activists and continue occupying residential accommodation as seen fit by demands of the movement. We will also educate, train and motivate others to do the same. At time of the next financial crisis – we will support the occupation and liberation of all homes and believe this should form the basis of a housing campaign when the inevitable housing collapse occurs. Not a single home should be handed back to the banks or private developers and not a single home should stand idle. We re-affirm our commitment to pursue dual strategies of corroding the influence of capitalism on the ground physically, by occupying and rendering obsolete its legal enforcement, while we also confront it culturally by advocating for a reconstitution of the Irish state with provisions and legislation protecting the rights of tenants.

Through direction actions pertaining to workers’ rights, the Connolly Youth Movement will attack exploitative employers with the intention of organising their workers and developing their class consciousness in the workplace while simultaneously seeking gains and wins in their material conditions. We believe that in doing so, we are revolutionizing, empowering and elevating young people to a stronger bargaining position and educating them on their place in the world.

We acknowledge and realise our task to be a serious and heavy undertaking but also that we are a youth movement. We will build a revolution and movement that will reflect the sort of society we want and consider music, art, sport and healthy lifestyles a key aspect of what we are doing. The fullest expression of humanity is the objective of Socialism, our compassion and happiness are products of our organic relations to our fellow worker, just as our unhappiness and degradation are a product of capitalist relations in society.

We call upon all those of age 16-30 to join the Connolly Youth Movement, in all 32 counties in Ireland, and to reach out if you have questions. We see no future for most young people that does not involve socialist construction, and we consider it our task to build it.

If you are not of age but consider us your friend and ally, we invite you to join our Facebook group ‘Friends of the Connolly Youth’ and also sign up to UNITE in the Community, a wing of UNITE the Trade Union that aims to organise people in their community on various issues.

We consider it our duty, as politically conscious young people to embrace the coming of the New Year as an opportunity to refresh our campaigns, projects and struggles towards the overthrow of capitalism.  Our revolution is built by our desire and empathy for those around us, our compassion and our love for one another and for that reason – we shall triumph.

Happy New Year, comrades, make it one of revolutionary word and deed worthy of celebrating the 100 year anniversary of the beginning of our war of independence.

We send a red salute to our comrades and militants across the world and repeat the oft spoken slogan: Workers of the World Unite: You have nothing to lose but your chains!