This article was first published in the latest edition of Forward.

Pink capitalism refers to the marketisation of LGBT+ culture and the exploitation of the LGBT+ demographic by capitalist businesses for the purpose of a profit rather than for the authentic motive of altruistic care for the LGBT+ community. In recent years we have seen an increase in businesses coming out as ‘Pro-LGBT+’. While this is a good thing and does serve to help normalise our community, is it out of a genuine commitment to progressive political goals and idealistic concern for the welfare of the LGBT+ community?

A recent example of a company that came out as pro-LGBT+ was Primark. In the North of Ireland Primark produced a range of ‘LGBT+’ clothes and accessories in the run up to Pride in Belfast. Although this helped with LGBT+ representation, it contained a peculiar form of erasure, having little to no Trans nor Bi representation, two groups in our community which often face lower visibility and exclusion. It should also be pointed out that these clothes and accessories were produced in Turkey, a country which does not have any legal protections for LGBT+ people in employment, education, healthcare or housing. Provisions of the Turkish Criminal Code on ‘public exhibitionism’ and ‘offences against public morality’ are sometimes used to discriminate against LGBT+ people. The Law on Misdemeanours is often used to impose fines against trans people. On top of this, the ex-minister of Women and Family Affairs said in 2010: “I believe that homosexuality is a biological disorder, and this disease must be cured”. Whilst some opted to donate all their profit from their LGBT+ range to an LGBT+ charity, Primark opted to donate 20%, and keep the other 80%. This type of profiteering using the cause of the LGBT+ community seeks to pander to a marketable demographic, namely, white gay men, whilst side-lining people of colour, women, and trans people. 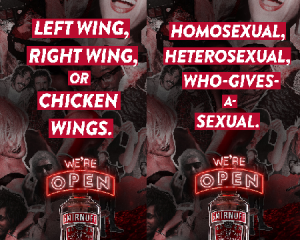 This is part of an ongoing process where the aspects of LGBT+ culture that are considered useful to capital are monopolized and incorporated into its protection, while the radical and emancipatory features of LGBT+ culture are locked out of the benefits. The inevitable conclusion of this is the reshaping of gender and sexuality to fit the needs of the capitalist class, to weave seamlessly into the fabric of global exploitation. For many people, shared experiences of exploitation are their introduction into a whole value system of resistance and independence from powerful institutions. People in the LGBT+ community have faced discrimination of all kinds, and this allows a reciprocal respect to exist between the exploited within the community and builds links of empathy between exploited groups. The pinkwashing of corporate greed creates a new ideological space where companies commodify the energy of the LGBT+ community while blinding people to the daily economic tyranny they impose on millions of lives all over the planet. Job discrimination is a massive problem which the LGBT+ community faces, particularly trans people, this issue is also a big part of our lives. 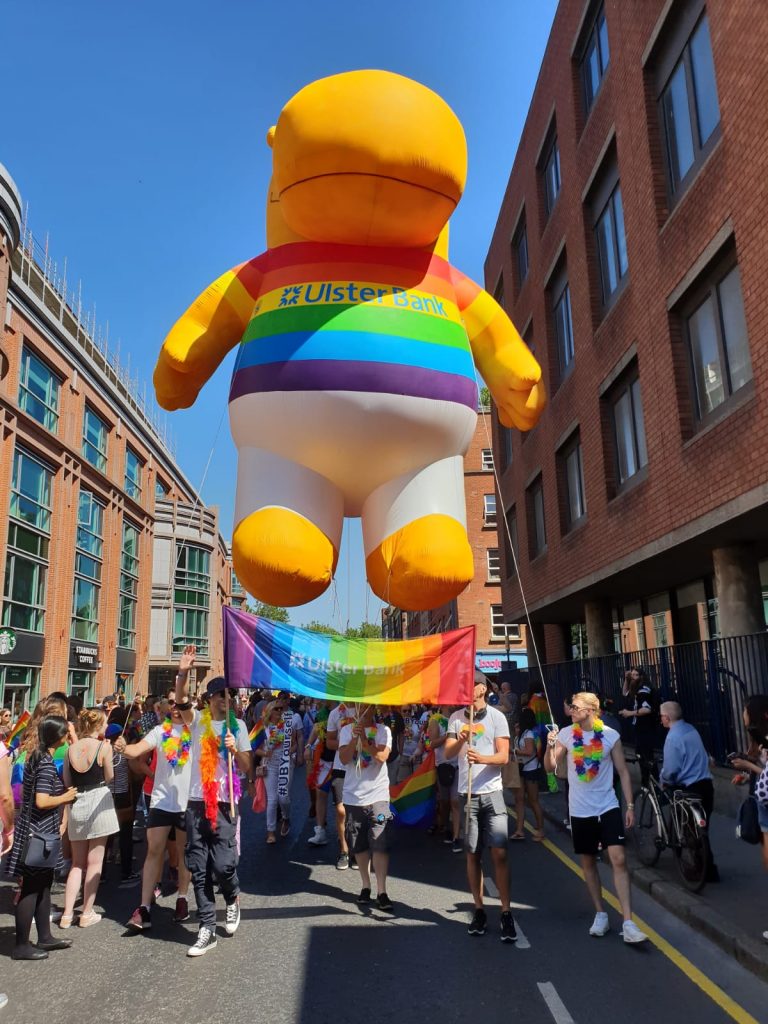 Another company to market themselves to the LGBT+ community is the alcohol company ‘Smirnoff’, who launched an ad campaign targeting the community with slogans like ‘Labels are for bottles’ and ‘Heterosexual? Homosexual? Who gives a-sexual?’ and whilst this does bring us into the limelight, it does nothing to address the fact that LGBT+ people have a substance abuse rate two to three times higher than the general populace. It should also be noted that again, Smirnoff’s campaign had no mention of Bi or Trans people.

Pride and the rainbow flag has long stood as a symbol of resistance, protest and disobedience, of accepting the labels that our oppressors gave us and saying ‘Yes, I am lesbian’, ‘I am gay’,

‘I am bisexual’ or ‘I am trans’ and reappropriating this not as an insult, but as an accurate and positive descriptor. The mere act of us changing the connotations behind these labels from bad to good was an act of protest. Now the very same act of reappropriation is being turned against us as our resistance is re-appropriated once more into the same institutions that turned their backs to us when they couldn’t make a return from us. We must reject pink capitalism and embrace a queer liberation, for their can be no true freedom of sexuality or gender when it is dependent on the whims of shareholders and market analysts. CR.