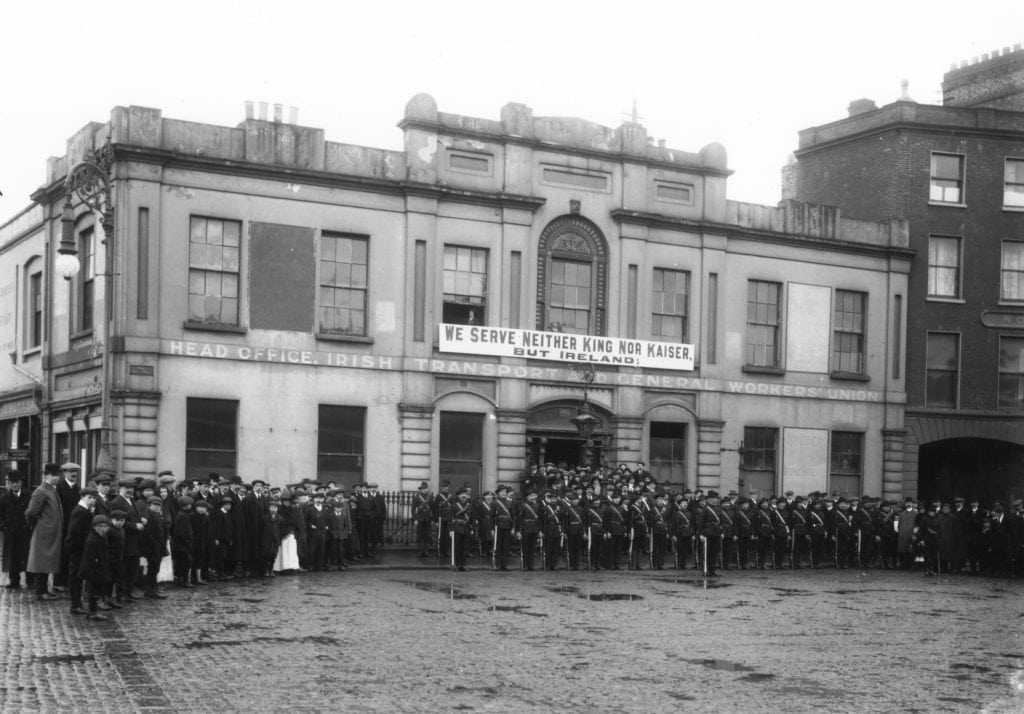 The recent results of the local and European elections were a brief insight into how each political party is performing, what is the level of engagement of the working class with the electoral process and which messages are resonating from which political parties. The main conclusions to draw before dissecting the rest are as follows:

1. The combined results for the parties most representative of the interests of the ruling class remained largely the same.

These results for the major establishment parties bring their combined voter support to about 60% of the total vote in 2014. Roughly the same if not a little bit more. What’s interesting to note however is who turned out to vote.

The above two points demonstrate that there’s certainly a set bloc of people who come out to vote and, generally speaking, don’t really change their vote that much. 2019 had some exceptions as the Green Party was extremely transfer-friendly and the Sinn Féin vote halved. Pundits commenting on the election have outlined that the working class didn’t turn out to vote and I’m inclined to agree.

It has been argued that these demographics didn’t vote because they are apathetic to the outcome of the vote or do not feel or see the results of this vote themselves. This argument is extremely accurate although inaccurate to suggest that ‘if they had they come out and voted’ their lives would have been fundamentally altered. The structure of the local authority is one that is governed by a very short section in the 1937 Constitution: Article 28A explains how effectively local government is deferential to ‘determinations by law’. What this means is that the Dáil writes legislation that determines how local government is run. At this moment in time, the local government is run by centrally appointed County Managers/Chief Executives who function as executive civil servants. All of this brings us to the conclusion that local government is inherently undemocratic, whittled down and symbolic with few actual meaningful powers.

As a result of this, I would suggest that when voter turnout did yield positive electoral victories for either the Trotskyist cults or Sinn Féin, the ‘return’ on your vote was not something that you were impacted by because of the inherent trappings within the institutions. I’d extend this argument to the national and European institutions as well. The formula therefore of Vote for X to Get Y does not work and the constituent work that does occur is carried out far more efficiently by larger parties that have more state funding and on the ground workers. The electoral left is, therefore, beat on two counts, it cannot deliver what it promises, it has to likely dilute its message and it cannot function anywhere near the same capacity as the other larger parties can.

It is not enough for there to be a left candidate that has a set of ideas and speaks of them, for those ideas to only exist as abstract theoretical sound-bites, unproven and almost delusional. From that perspective, I understand why the left does not capture the imagination: how can it if a significant portion of its work is confined to securing votes in the ballot box?

As a student of James Connolly, it is noting the historical trajectory of the revolutionary movement he cultivated and how he cultivated it. The movement arguably contained three pillars which fed into each other. 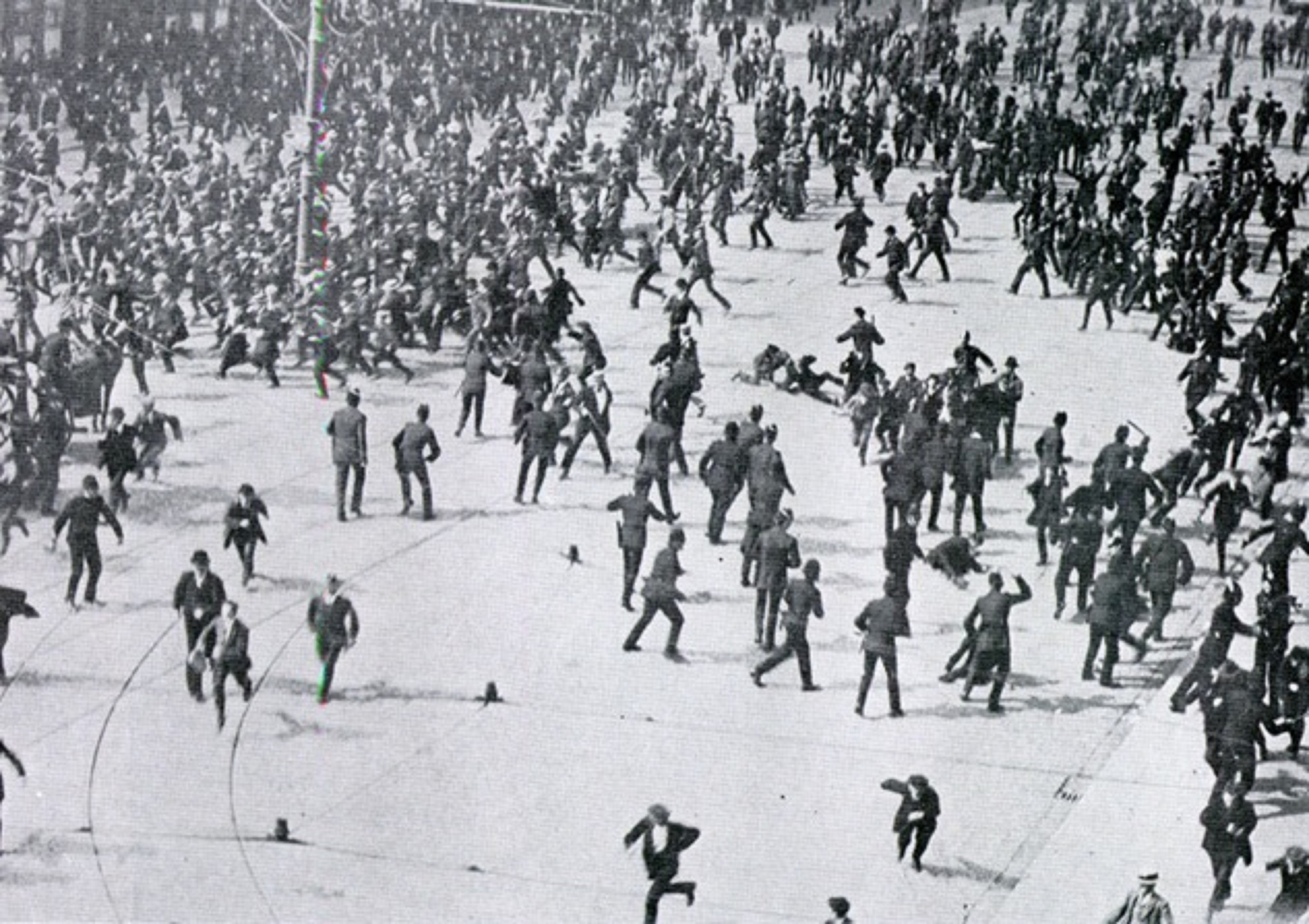 The first pillar was the ITGWU which organised unskilled labourers all over Ireland in a way that had not been before, channeling the Industrial Workers of the World philosophy of ‘One Big Union’ and recruiting everybody that could be recruited into its ranks. This pillar provided the dense layer of popular support as well as rapidly politicising its members through militant industrial disputes. From this pillar also followed subsidiary organisations such as the Irish Citizens Army.

The second pillar was the Labour Party, which was formed to reflect the political voice of the first pillar. This is key to note because it was formed not to act as an independent political entity but as one that was inextricably bound to the interests of the trade union movement. In fact the LP and the TUC used to host joint Congresses for a certain amount of time to collectively reach decisions on matters impacting the working class.

The third pillar was the Socialist Party of Ireland which was supposed to exist as the ideological ‘vanguard’ entity that would cross exist among the ITGWU and other Trade Unions, as well as the ICA and possibly the LP and keep them all ideologically firm.

These three pillars formed the overall strategy that Connolly pursued in the overthrow of capitalism. We observe therefore that the political party that was created to represent the interests of the trade union movement was firmly anchored in a militant class orientated entity that pursued its interests mostly outside of the ballot box and through industrial struggle. In other words, Connolly and members of the SPI participated in what can be categorised as a form of mass work and leading their class in their own interests and against the interests of the capitalist class.

Not a single left wing party in Ireland, and I say this as self-critically as possible of the Connolly Youth Movement, is at this moment in time anchored among the working class. There exist bases from which we operate, but in reality we are disconnected from the class we strive to lead and rebuilding that connection through the nitty gritty work of organising, workplace by workplace and community by community is precisely what we should be doing.

At this moment in time, only the orientation of the Communist movement around the redevelopment and rebuilding of mass organisations can empower the left with electoral politics serving a subsidiary and secondary role to these tasks.