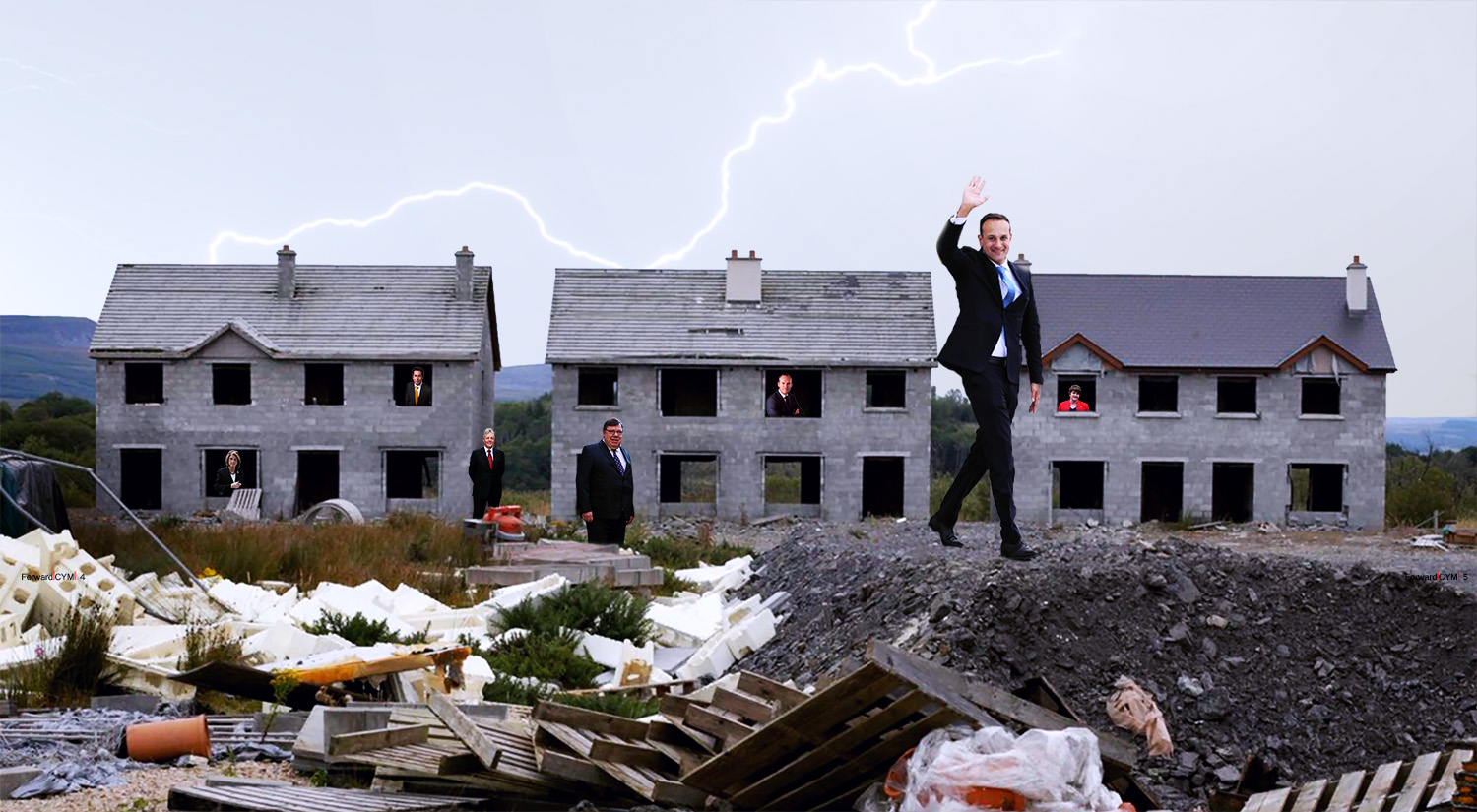 In the past, young people were able to receive a home from the local authority which led to localized construction projects. Most people in Ireland lived in homes built by their local corporation or council, the same model existed in the United Kingdom where local authorities constructed mass local housing. Seems simple, right? Today the waiting list for housing is over 80,000 while almost 10,000 people, a third of which are children languish in homelessness. So what changed to create this horrible reality?

One of the things that the local authority stopped doing was hiring its own construction workers, plumbers, etc. Particularly during the much beloved Celtic Tiger, it opted to instead subcontract these services. Everything became subcontracted to the point that local authorities could no longer construct housing at-cost but instead had to take into consideration the profit margins of all the middlemen involved. Therefore, the cost of housing now became the cost that also included the dramatic profit margins of developers and all the other subcontractors that were involved, rather than just the material and wages that the local authority would have to pay.

In short, housing became a commodity rather than a pillar of society. Today, the average rent in Cork, Dublin and Galway is around €1,100 per month, while the average buying age is 34. This is the first time in history that we have had a housing epidemic of this nature while simultaneously seeing thousands of houses stand empty all over the country. The right to make a profit and private property supersedes the right of hundreds of thousands of people to have a permanent roof over their head and security of tenure. The Connolly Youth Movement vehemently disagrees and our project titled ‘Connolly Barracks’ is our statement to Cork and Ireland that we do not recognise the right to private property over the right to housing.

Our statement has only been a nugget of the fight against the housing emergency. Another aspect to this battle is the Campaign for Public Housing. Launched in October, the Campaign provides much needed analysis into the left’s fight for housing. Most political parties have been making a call for social housing – fine, yet that does not address the underlying question of developers, speculators and landlords cashing in even on social housing. We do not require more social housing, we do not require more affordable housing, what we require is a nationwide declaration of a housing emergency and the mass construction of public housing in hard hit areas. What is the distinction you might ask?

Public housing at a differential rate is the key demand of the campaign and what it means is that housing will be provided to all, irrespective of income, but the rent you pay back into the coffers of the state, not private funds will be determined on the basis of your income. In other words; from each according to their ability, to each according to their needs. Those on low incomes will still be provided with housing and give some sort of financial input, those on higher incomes will also be provided with housing and give a greater financial input. Very straightforward.

Other key demands of the Campaign include an end to all economic evictions, this reaches out to current home owners being turfed out by the KBCs of this world, as well as any illegal and legal terminations of tenancies. The landlord class in Ireland is on the offensive as they recognise, much like we Communists recognise, that the fight for housing is on. If they continue to triumph over us we will be facing ever higher rents. Not just one generation will be left without housing, but the one after us and many more. Another demand of the Campaign is the creation of a Tenant Bill of Rights that would safeguard all tenants against unscrupulous efforts by landlords and ensure that their rights are guaranteed. It is worth noting that recent cases brought to the Rental Tenancy Board have been interesting and the body has shown that it has legislative teeth.

Public housing for our generation is essential to the future of people living in Ireland. We are already having our working pay and conditions ripped apart in the workplace, but now even what we would have thought would be a right has been taken from us. We must work to live, grinding every day for pennies and filling the coffers of the hotels and call centres for a reward that does not even cover the costs of surviving. We must begin to struggle for public housing as it will permanently impact not only the landlord-capitalist class in Ireland but also allow our young people to stay in the country instead of constantly emigrating.

The question of housing effects all other political campaigns and works. Public housing is the solution – we need and demand that it is put into our constitution.