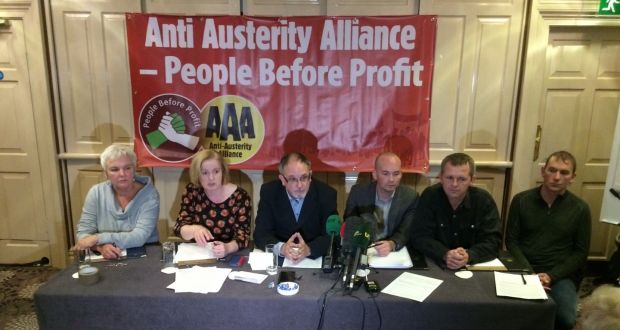 On Election day on the 8th February, a candidate for People Before Profit in Galway West was suspended from the organisation. The survivor of this abuser courageously came out and informed voters of the true character of this person and his unforgivable behaviour. Neither Solidarity-PBP candidates in the constituency were elected.

As events have unfolded, we’ve been made aware that this was not necessarily a once-off situation, but is instead a culture of making excuses for misogyny, prejudice and abuse which has permeated throughout your parties and endangers young women engaged with your campaigns. Many in Galway were well aware of the candidate’s behaviour, as the reported abuse happened months before, yet PBP didn’t act on it until it was tweeted the morning of the election. Some of the culture has created complacency around the following:

– Members who make formal reports often have the investigation dropped after they leave the organisation or when the perpetrator does.

– Anyone publicly highlighting the issues has their character attacked, they’re belittled, gaslighted and/or silenced by members. A leading figure recently threatened legal action upon the release of a document highlighting these issues, which was signed by multiple (former) members.

– Members who are known to be abusive or violent, like was the case in Galway, remain undisciplined.

– Any members that are removed or leave for abusive behaviour, the organisations never inform other political groups or unions. Allowing their behaviour to perpetuate.

We in the Connolly Youth Movement overwhelmingly support any members who have been survivors, or know, of the horrendous actions within your organisations, and will do everything in our power to support them. The list of crimes and cover-ups by the members of People Before Profit, in particular, has become too long. The majority, if not all, of the abuse seems to be men praying on women.

We urge any of your members reading this to come forward. We will believe them, just as many other comrades in the Irish left will. The majority of socialists in this country completely reject misogyny, predatory behaviour and the cynicism coming from senior members that punish and demean members for standing up against abuse.

We hope you can put political differences aside and commence an immediate investigation into the enabling behaviour of the leading / Steering Committee members (both present and former). We condemn any of the leadership or senior members of the party in attempting to conceal this situation for whatever reason. We demand that the Steering Committee who are implicated by several current and former members of PBP resign.