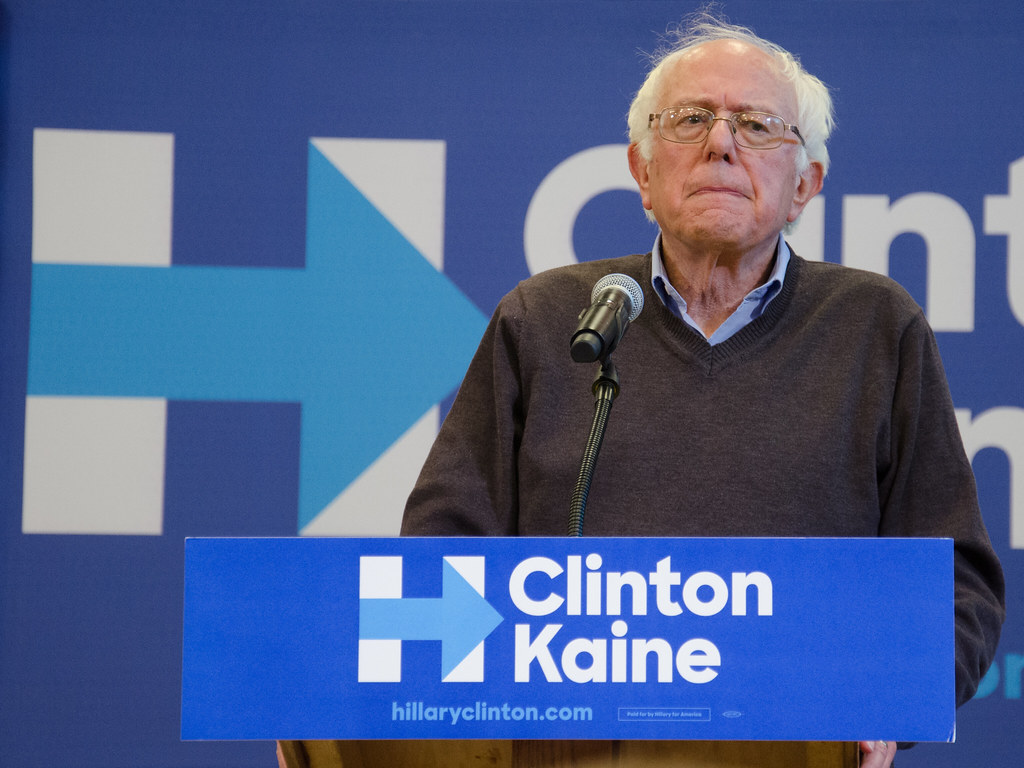 The Sanders campaign for the US presidency has undeniably brought back a needed left-wing view of politics into the mainstream American political discussion. However, is it right for Marxists to support a Democratic socialist in the White House, or should we reject this phenomenon completely?

There are specific reasons as to why Marxists ought to appreciate this movement. Electoral politics has generally been the only form of political struggle that the general public have engaged with in any meaningful way. Self proclaimed socialists such as Sanders, Alexandria Ocasio-Cortez, and Corbyn have seen moderate success in electoral politics which has opened up a space for socialists to introduce their ideas to a much larger audience. Identifying as, and professing socialist politics has become mainstream in the US for arguably the first time since the 1920 election where Eugene Debs, candidate of the Socialist Party of America for President of the United States, received 3.4% of the popular vote. We can conclude that the Sanders campaign and movement does benefit us, purely by making the US working class aware of socialism in a way they may never have before.

Should the Sanders campaign be successful we will see the implementation of popular policies that will make a huge benefit to the lives of the average working class American. Medicare for All, for example, is Sanders’ flagship policy and is supported by 70% of people in the US. This would provide a tangible example to the average American that socialism is a positive influence in their daily lives, and could be more likely to support a revolutionary movement when the time comes. For a disaffected and apolitical working class person, they will know that it is the socialist movement, and the socialist movement alone, that has their interests at heart.

We know as Marxists, and as scientific socialists, that the parliamentary road to socialism will always fail. As Audre Lorde said; ‘For the master’s tools will never dismantle the master’s house’. We have seen that reformism will always fail to bring about the long lasting change, and destruction of the dictatorship of the bourgeoisie. So when the time comes that the working class start to see the reformist road to socialism fail, we as Marxists must be there to accept those people into our revolutionary organisations in order to create our own tools of emancipation; the militant trade unions, the communist party and finally the dictatorship of the proletariat. There will be a considerable amount of disaffected “Democratic socialists” who would be willing to hear a Marxist perspective on the political situation, so instead of taking the disengaged and aloof position that tells these people “I told you so”, we must understand that mass support for Democratic Socialism came out of the genuine want for better conditions and a better life.

Despite this, it is imperative that Communists hold a position that is both grounded in the particularity of class consciousness (or lack thereof) of the working class in the US — but also ruthlessly critiques the leadership of supposedly socialist organisations in the US. Organisations like the DSA will most likely fall to revisionism when the time comes. Instead of focusing on building a revolutionary party, they have focused on the spectacle of bourgeois elections.

Revisionism is a term that often gets used when it shouldn’t in Marxist circles, so when I speak about revisionism in this context I mean to say when Parties and organisations jettison the principle idea that the state is not there to reconcile class conflict, but to subjugate the working class for the benefit of the capitalist class. There is no evidence that this path to socialism will succeed, yet the strategy of dismantling the bourgeois state and creating a dictatorship of the proletariat in the form of a worker’s republic has had tangible successes, historically the USSR but also present day Cuba. All of these states certainly have flaws, but they have completely succeeded in the goal of overthrowing the capitalist grip on the means of production, and improving the living standard of the average working class person.

We must be wary of organisations such as the DSA or Our Revolution in the USA who will at best seek to create a 3rd Social Democratic Party to contest elections and at worse, advocate keeping the Democratic Party on life support by running candidates like Sanders via it’s official channels. Once the Democratic socialist path inevitably fails, what is important is that there are Marxist organisations ready to provide a path to liberation for the masses.