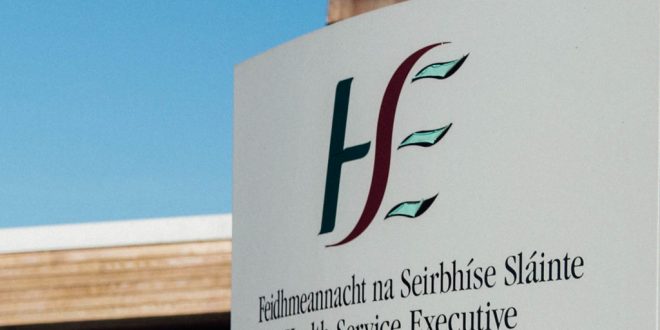 The political space for social-democracy arose from an existential terror on the part of the imperialist powers – an overpowering fear of workers’ power. Faced with the establishment of workers’ democracy across the globe, alongside growing socialist movements in their own countries, the West took drastic measures. It redistributed a tiny portion of its super-profits, amassed through bloody imperialist exploitation, to smother the class interests of the Western working class with moderate material concessions. The working classes of Europe and North America were tricked, often with grim complicity, into aligning their interests with that of their profiteering masters. This minor redistribution was a small price compared to the very real threat of losing all of their authority and power, as had happened to the exploiters in socialist countries. In other words, the rich offered a few crumbs in order to keep the whole bakery. As both ideologies attempt to uphold existing class power in moments of crisis, communists have named social-democracy ‘the moderate wing of fascism’.

The Nordic countries – Denmark, Norway, Finland and Sweden – pioneered the welfare state, developing improved healthcare, housing, and a social security net while retaining capitalism (and exploitation of the global south). It is important to note that encroaching upon this region was the world’s most organised revolutionary workers’ movement. When the working class and peasantry took power across the fallen Russian empire, the elites of Scandinavia responded by improving rights and conditions at home. Violent repression had crushed Finland’s attempted socialist revolution but the limits to unadulterated state violence had been demonstrated in the rest of the tsarist empire. Social-democracy – that is, meeting some of the workers’ demands while not answering the fundamental question of ownership and power – was a long-term means of weakening the socialist movement.

Similar measures were enacted throughout the imperial core (the US under FDR, Britain under Labour, etc.) – all deeply rooted in the battle against communism. Franklin D. Roosevelt believed that he ‘saved the system of private profit and free enterprise’; Clement Atlee of Labour introduced the NHS while actively supporting the violent overthrow of socialist projects in Albania, Greece and Korea. Inspired by the unprecedented rise in living standards in the socialist world, alongside giant strides in the rights of women and national minorities, the efforts of the global oppressed to take power for themselves took a major leap forward while the imperialists’ fear intensified.

Yet as social-democracy arose with workers’ democracy, it died in its absence. The Swedish Social-Democratic Party (SAP) took its right-wing turn concurrently with the counter-revolution in the Soviet Union. As the forces of capital took control of the CPSU, the forces of neoliberalism asserted themselves in the SAP, allowing for a political consensus on the privatisation and marketisation which now characterises Swedish society. Without the threat of a neighbouring workers’ state, and with the labour movement sufficiently weakened, the Nordic countries have embraced mainstream liberal European economics. The same right-wing shift of historically left parties can be seen across the world at this exact moment.

‘What would happen if capital succeeded in smashing the Republic of Soviets? There would set in an era of the blackest reaction in all the capitalist and colonial countries, the working class and the oppressed peoples would be seized by the throat’. Has this prophetic warning from Stalin not been the reality of our lives, the course of the last three decades? Capital not only smashed socialist countries, but simultaneously smashed the public sector and welfare systems of capitalist countries, leaving us gasping for air with corporate profit increasingly taking precedence over our lives.

In the final analysis, social-democracy is a sham imitation of socialism. The working class won material gains across the Western world but compared to the gains of the socialist world these were laughable. Socialist countries were generally underdeveloped and exploited countries prior to their revolutions yet at an extraordinarily rapid pace they built universal healthcare, housing and education – not to mention the improvements in cultural and social life. Social-democracy keeps the billionaires in charge, while socialism puts the working masses in charge. Social-democracy brushed away the nastier aspects of some of capitalism’s social ills – socialism eradicated them root-and-branch, sharing the entire wealth of society for the betterment of all.

Today, embroiled in its final crisis, capitalism will not be offering us social-democratic concessions. The global wave of far-right governments offers a better reflection of how elites will react to the growing socialist movement. The recent undermining of moderate social-democrats like Jeremy Corbyn and Bernie Sanders further demonstrates the impossibility of reforming the current system for the better. The social-democratic moment is over. Today the state stands out starkly as an appendage of global imperialism. It is a means of amassing wealth for an increasingly miniscule minority who are desperate to maintain their profits in an increasingly crisis-ridden system and, therefore, increasingly unwilling to give away one iota of power that may act against their interests. As capitalism crashes we will see the state intervening to protect the interests of the wealthy elite but never again will it offer the basic dignity afforded us by social-democracy. Dignity will need to be seized.

In Memory of Aidan: A Tale of State Murder

History is Marching: Part One

One thought on “How the Welfare State Neutered Revolution in Europe”