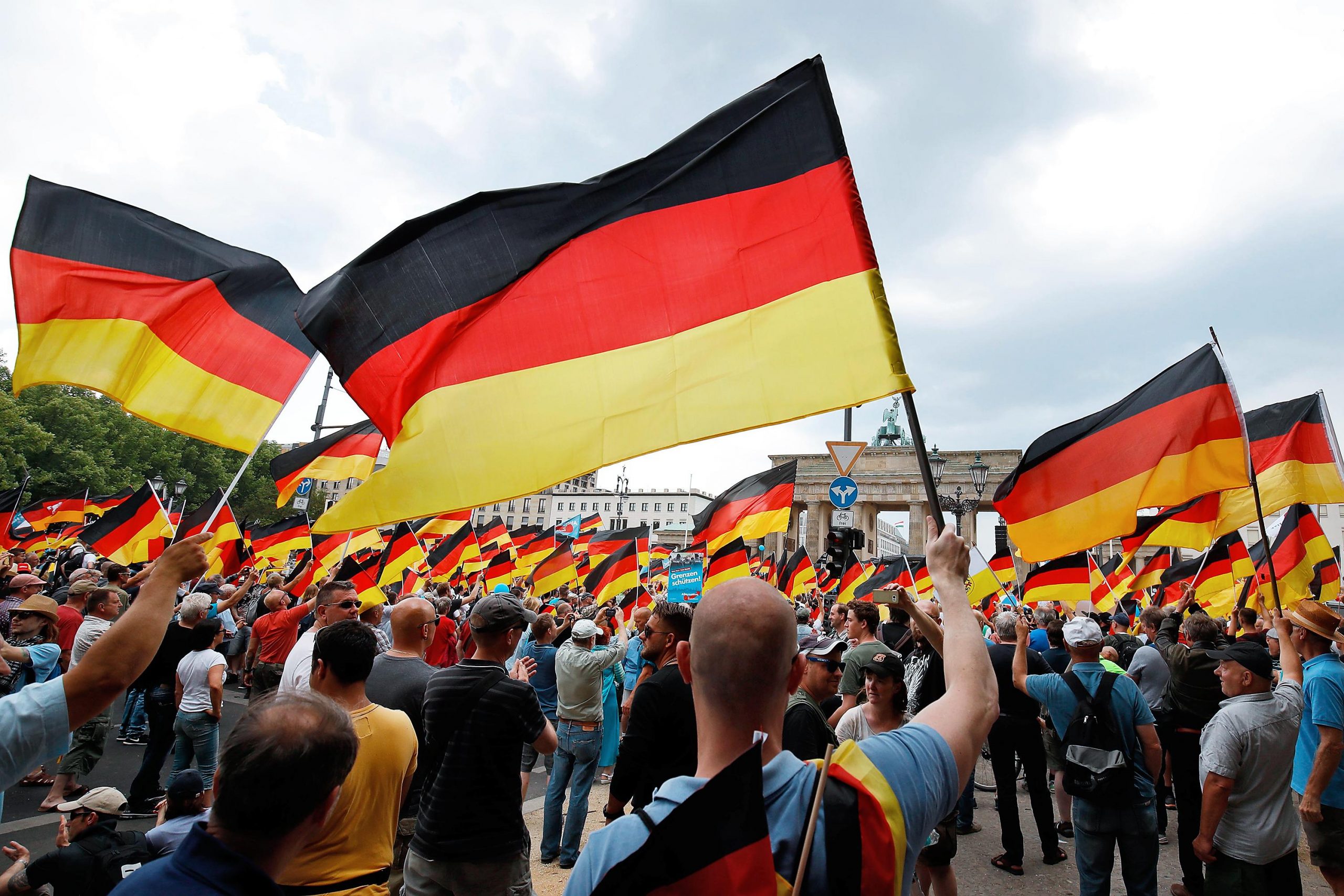 Georgi Dimitrov, the leader of the Communist International from 1934 to 1943 described fascism as “The power of finance capital itself. It is the organisation of terrorist vengeance against the working class and the revolutionary section of the peasant and intelligentsia. In foreign policy, fascism is jingoism in its most brutal form, fomenting bestial hatred of other nations”. It is crucial he notes equally, that “fascism and the fascist dictatorship itself, assume different forms in different countries, according to historical, social and economic conditions and to the national peculiarities..”. In identifying fascism as the most powerful consolidation of finance capital and unique to the conditions of each state, we can trace how it develops and how social democratic countries permit it to develop.

The reason working class people, old and young are drawn to fascism and fascistic ideals is not because they’re full of hatred or instinctively bigoted, the reason is whittled down to the problems capitalist society faces and social democracy facilitates. In order to uphold the private market, be it for employers or landlords, political decisions are taken that impoverish significant sections of the working class. In the 26 counties of Ireland for example, 760,000 people live in, what officially constitutes, poverty. In the 6 counties, that number is 300,000. One million people in 2020.

It is the contention of communists that poverty fuels fascism. In the absence of a coherent popular movement presenting a scientific and socialist programme for change, easy slogans about foreigners and other ethnic minorities, such as Muslims, become avenues to vent legitimate frustrations. This is precisely the strategy that has been undertaken by the National Party. They have pin-pointed the frustrations of working people and proceeded to direct these frustrations at other working people who happened to migrate here, follow a different creed or express their gender/sexuality outside the social norm.

The other important way in which social democratic society permits for the rise of fascism is in rehabilitating it as a movement, refusing to acknowledge its existence and ultimately allowing the institutional framework to be taken over by fascism. Fascists in social democratic countries have the right to express their ideas, to build hatred, to organise against ethnic minorities and groups, to spread disinformation and to run candidates. Social democrats, who often repeat the lie equating fascism and communism, are more than happy to give a few token statements, as they often do, but in reality will watch and even make deals with fascists.

A recent event in Germany that went largely unreported saw Angela Merkel’s successor leave her succession bid because her Christian Democratic Union party made a pact with the AfD, a Party that openly agitates and spreads racist talking points. We have seen this all happen before and when social and economic crises engulf Europe once more, we will see it acutely and in front of us.

Once the social democratic parties in Ireland can no longer fulfil the needs of the ruling class, other organisations or factions of larger organisations will receive financial and political backing. In fact, as I write this, people such as Gemma O’Doherty, Ben Gilroy and those behind the ‘news’ site Gript.ie continue to court the anti-choice lobby in the United States for financial assistance. The fact of the matter is, is that the ruinous austerity of the establishment parties, the slide to the centre by Sinn Féin and away from its base of the working class, and the absence of a strong Communist movement, conditions are as ripe for our growth as they are for theirs and they are aware of this.

It is not far fetched nor beyond belief to see or believe that the National Party in the future would find itself making political pacts and horse trading with the other establishment parties. They are all opportunists and will not hesitate to do so irrespective of the blatant fascist characteristics of the NP.

To counter fascism, we must take concrete actions, namely in:
1. Attacking the misinformation that is being presented and explaining patiently the facts of the matter behind the problems in housing and health.
2. Organising among the migrant communities targeted by the fascists and building bridges with them. This is essential and demonstrates to them that not all Irish people perceive them as the fascists do.
3. Physically breaking up meetings of fascist groups and not allowing them to organise.
4. Organising methods of alleviating the social and economic problems facing our class. This is an obvious point to make, but it is an essential point of anti-racist work.
5. Education, education and further education.

“the establishment of unity of action by all sections of the working class, irrespective of the party or organisation to which they belong, is necessary even before the majority of the working class is united in the struggle for the overthrow of capitalism and the victory of the proletarian revolution”